Dr. Sara MacDonald will deliver the 2019 Robert Crouse Memorial Lecture, entitled “Learning to Love in the Novels of David Adams Richards,” on Sunday January 13 at 7:30 p.m. in the King’s Chapel. 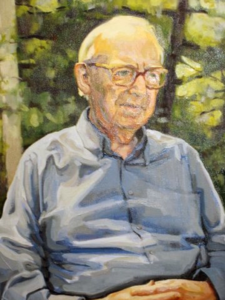 Portrait of the Rev’d Dr. Crouse.

The Robert Crouse Memorial Lecture was founded in 2016 in honour of the Rev’d Dr. Robert Darwin Crouse, BA’51, DD’07, of blessed memory, scholar, priest, and organist, whose dies natalis is 15 January, 2011.

Through his renowned sermons, great learning, and gentle humility, Fr. Crouse educated and inspired a whole generation of priests, bishops, and academics, who are now serving in dioceses and universities throughout Canada, the United States, and Europe. An organist and harpsichordist, in the early 1970s Dr. Crouse established the current choir at King’s whose execution of both polyphony and plainchant continues to enhance and shape the poetic liturgy of the King’s Chapel. His writings and his love for the medieval Italian poet, Dante, continue to powerfully shape the personal and intellectual formation of students at the University of King’s College and its Chapel. 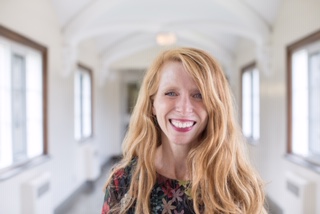 The lecture will be delivered by Dr. Sara MacDonald of Huron University on the topic: “Learning to Love in the Novels of David Adams Richards.” Dr. MacDonald is a professor of Political Science and Philosophy at Huron University. She has written and co-written books on the philosophy G.W.F. Hegel, the novels of Mark Helprin and David Adams Richards, and most recently the films of the Coen brothers. About the lecture topic, she writes:

David Adams Richards is heralded as one of Canada’s greatest literary figures. He has won numerous awards for his fiction and non-fiction, including twice winning the Governor General’s prize for literature in both the fiction category for Nights Below Station Street (1988) and the non-fiction category for Lines on the Water (1998), as well as the Giller Prize for Mercy Among the Children (2000). Several of Richards’s novels have been turned into screenplays and he won the New York Film Festival Award for Best Script for Small Gifts (1996).

Richards argues that his books speak to our common humanity. The plots of his novels revolve around the internal moral struggles of his characters. In a world in which the external constraints are inevitable and seemingly dominant, the real stories of Richards’s books are about the interiority of his characters who seek to find ways to live free and fulfilling lives in the face of the seeming desolation of living in an ever changing finite order.

From his earliest novel to his latest trilogy, John Delano has been a persistent character throughout David Adams Richards’s work. Tracing the trajectory of Delano’s life through Richards’s work reveals an Augustinian path. Delano’s heart is ever restless, searching for, but never seeming to find, a satisfactory end. In Richard’s final novels, we meet Delano, now at the end of his life recollecting his many losses and failings. Yet in these very same memories also reveal that the end Delano has been
searching for has always been present.

In his address at King’s Encaenia in 2007, Fr Crouse spoke of “recollection” as the “fundamental task of education”: “The past is past, no doubt; yet, paradoxically, the past is also present and becomes more contemporary in our recollection of it. Indeed, it is that presence of the past which constitutes the basis of our very recognition of the present, and establishes the horizon of our expectation.”

Dr. MacDonald’s focus on the end-of-life recollections of a particular character in Richards’ novels finds itself well at home in the context of the university whose fundamental task is a collective remembering, and the perpetual renewed recognition of the
present moment.

Recommended reading: The Coming of Winter, Principles to Love By and Mary Cyr. Contact the Chaplain (ranall.ingalls@ukings.ca) if you would like to borrow any of these, or pick one up from the back of the Chapel and return when you are done.