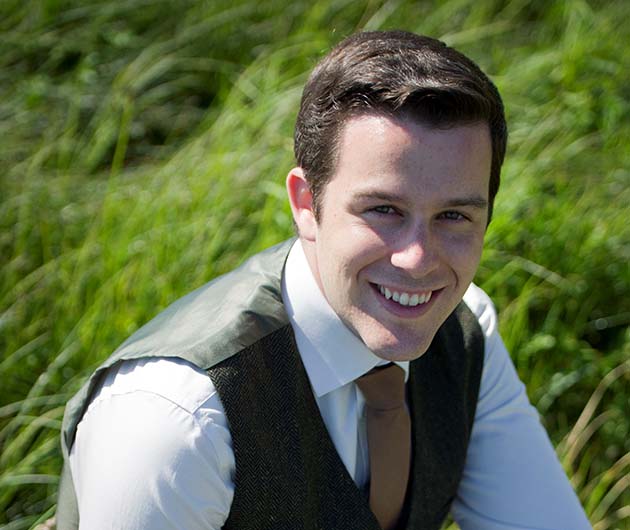 Ben was a FYP student in 2013/2014, living in Cochran Bay, after which he studied Classics at Dalhousie. In his final year of undergrad, he was the Junior Don of Alex Hall 1st Floor. After King’s, Ben studied Liturgical Theology for two years at the University of Notre Dame in South Bend, Indiana. There, he also served as the Assistant Rector of a hall of 240 undergraduate men. He is now a part-time student at the Atlantic School of Theology, and is very happy to be returning for a second year as the don of Radical Bay.

Aside from hanging out with his residence students and studying at AST, Ben will be spending the 2019/2020 academic year working full-time as the Chapel Administrator at the university and devoting himself to egg tempera painting. He also enjoys lane swimming, board and card games, piano, and audiobooks. While at King’s as an undergraduate, Ben was involved with the Chapel and the King’s Theatrical Society. Ben and his wife, Katy Weatherly, who is now the Junior Don of Radical Bay, were married in Summer 2019.