Faculty Fellow in the Humanities 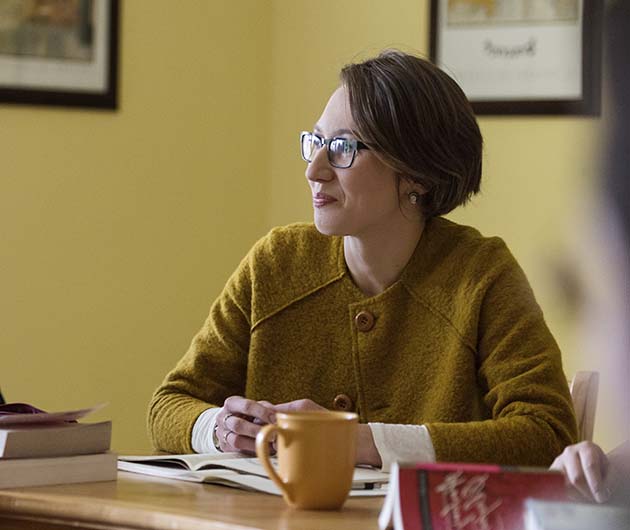 Her doctoral project, Wordsworth’s Scriptural Topographies is a study of the Biblical language and imagery adopted in the nineteenth century by writers such as Wordsworth to beget a sense of community, human and non-human, in their current environment. Her post-doc research project explored the discrepancies between form and content in early Canadian poetry, particularly as demonstrated in the writings of the Confederation Poets (Roberts, Lampman, Carman and Campbell Scott), and their Romantic and Victorian borrowings. This discrepancy, she argues, is assuaged via the work of the hybrid poet-performer, E. Pauline Johnson (Takehionwake).

She has taught courses on Wordsworth, Coleridge, Drugs in the Nineteenth Century, Romanticism, Milton, American Transcendentalism, Henry David Thoreau, Shakespeare, Modernism, and the 20th Century American Novel.  She has published on Robert Lowth and biblical parallelism, on ‘wilderness’ in Wordsworth and Thoreau, on narrative time in Wordsworth, and is currently writing an article on Charles G.D. Roberts and the Shelley Centenary.

Judyta is also holds a joint faculty position with the College of Sustainability.

When not at King’s, you’ll find her on her bike, running with dogs in Point Pleasant Park, or hanging out (quite literally) at Seven Bays Bouldering Gym. Come say hello!