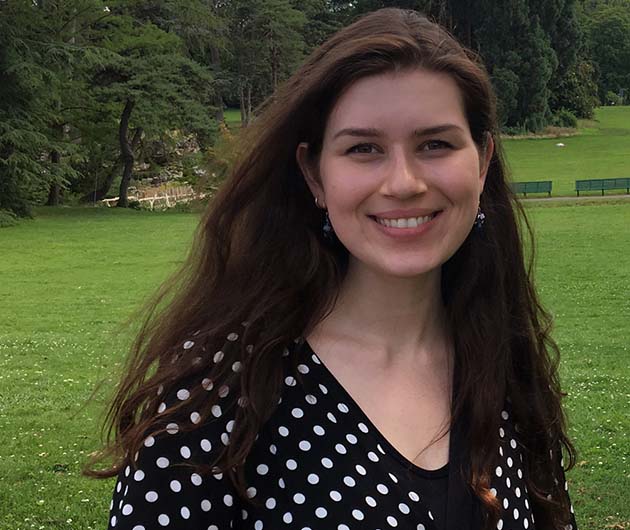 Layla Gibson is in her final year at the University of King’s College, pursuing a combined honours degree in French and Early Modern Studies.

She started out as a philosophy major in 2015, but abruptly fell in love with the writings of Jean-Jacques Rousseau and decided to study French, in order to one day read his works in their original language. Upon further study, she fell in love with the language itself and decided to make a pilgrimage to Switzerland, where she would encounter the archives of Rousseau and ameliorate her French.

Upon graduation, her plan is to move back to her home state of California and prepare herself before taking the leap to do an apprenticeship in Switzerland. She is looking forward to writing her undergraduate thesis, in the meantime, and enjoying her last year in Halifax. She will sincerely miss its white winters.

Her interests include the writings of Jean-Jacques Rousseau, 18th-century epistolary novels, Dutch “Golden Age” art, and—closest to her heart—animal rights.