The Most Reverend Ronald Cutler

The Most Reverend Ronald Cutler

Archbishop of the Diocese of Nova Scotia and Prince Edward Island 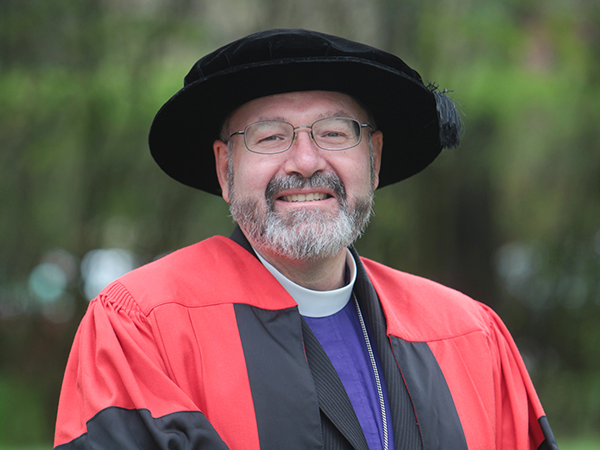 Ronald Wayne Cutler was born in Montreal, Quebec. After studying pure and applied sciences at CEGEP, he felt that call to ordained ministry in the Anglican Church. He graduated from McGill University with a bachelor of theology.

While preparing for ordination, family connections and an opportunity for a different kind of ministry led him to change sponsoring dioceses. He was ordained deacon on 17 May 1981 and priest on 1 November 1981, both in the Diocese of Central Newfoundland. He served as rector of the Parish of Twillingate from 1981 to 1986, and the Parish of Smith’s Sound (Clarenville, Newfoundland) from 1986 to 1991. Both parishes consisted of a number of small rural communities on the northeast coast of Newfoundland.

In 1991 he became rector of Trinity Church in Sydney Mines with St. Peter & St. John in Baddeck. It was a time of anxiety and change for the community as the coal mining industry was disappearing.  In 1996 he moved to Lower Sackville where he became rector of the Parish of St. John the Evangelist. What was a parish comprised of three congregations when he arrived became three separate parishes in 2000.

Over the years he has particularly enjoyed children’s and youth ministry and facilitating lay and clergy team ministry. He is married to Marianne Blair-Cutler and they have two adult children.