National Day for Remembrance and Action on Violence Against Women

National Day for Remembrance and Action on Violence Against Women 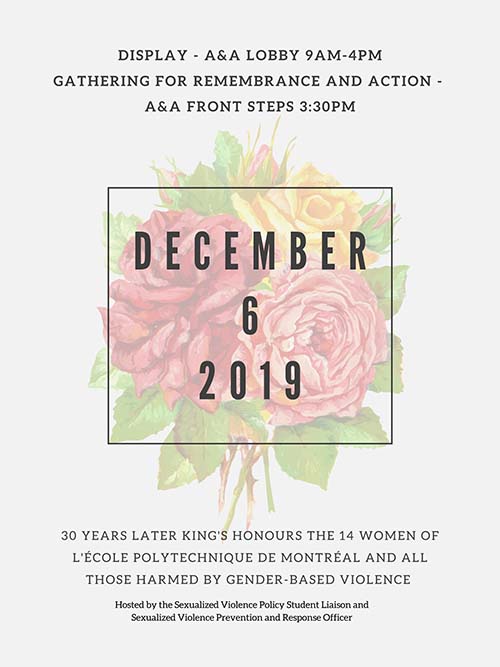 December 6th, 2019 marks the 30th anniversary of the Montreal Massacre. On this day in 1989, 14 women were killed at L’École Polytechnique de Montreal by a mass shooter with an anti-feminist agenda. These women were staff and students at the university and were specifically targeted by the mass shooter based on their gender. Since then, each December 6th has been designated the National Day for Remembrance and Action on Violence Against Women. At King’s, we will honour this day with a vigil display dedicated to the 14 women and all those who are harmed by gender-based violence in all its forms. The display will be in the A&A lobby from 9am to 4pm, with a gathering and moment of silence at 3:30 PM on the front steps of the building. An active listener will be present at the vigil throughout the day and at the gathering.