The HMCS King’s Wardroom is a student lounge and study space by day and a lively campus pub and music venue by night. The pub’s wet/dry liquor license allows students — of all ages — to enjoy the Wardroom’s social atmosphere.

Interested in working at the Wardroom? Get in touch with hc@ksu.ca.

A space for everyone

The Wardroom slips effortlessly between its many roles. Over the course of a typical day, nearly everyone on campus – students, faculty, staff – stops by the Wardroom. Professors and students chat informally, societies hold meetings, games of pool are played, and students study in comfortable chairs and carry on discussions, long after class is over. Over the years, readers of The Coast, Halifax’s alternative weekly, have ranked the Wardroom #1 “Best Student Hang” numerous times.

Come evening, the Wardroom shifts gears. Now it’s the campus pub and a place of music – lots of it. From open mic nights to karaoke and everything in between, King’s students make music in the Wardroom nearly every night of the week. Its rich history of spawning professional musicians helped King’s finish second in a 2013 CBC national poll of the most musical campuses.

The Wardroom is also home to the Galley, a day-time café that offers locally-sourced food and ethically traded coffee and tea, plus Hali-famous grilled cheese and other goodies. The Galley and Wardroom are student-run businesses that employ students.

Interested in working at the Galley? Get in touch with galley@ksu.ca.

In 1941, the urgent need for qualified naval officers had outstripped available military training facilities. Universities were requisitioned into service, King’s among them. The Stadacona section of the Royal Canadian Navy’s Officer Training Establishment moved to our campus which effectively became a vessel designated HMCS Kings, a “stone frigate.” This is the genesis of today’s favourite campus gathering place, when the Girl’s Reception Room was converted into the officers’ mess or “Wardroom.” In 1945, civilian life returned to campus. But our four years as HMCS Kings left an enduring impression.

At King’s, our academic and social worlds blend seamlessly – and nowhere more easily than in the Wardroom. Whether over morning coffee or a post-theatre beer, it all comes together here: the unique ebb and flow of life and learning that makes King’s King’s.

But after 30 years of service, the Wardroom needed repair. Renovations began in 2011 and concluded in 2016.

Once more, through the generosity of students, alumni, parents, faculty and friends   Wardroom continues to be the place where we come together as a community. It’s where we decompress and renew, find friends and make memories.

One of the best moments at King’s is the random encounter. You run into someone, then you run into someone else. Ideas and gossip are exchanged. The Wardroom encourages these random encounters, which are essential features not just of our social life, but also of the intellectual life at university. It is a place where we are stimulated – to have a good time in conversation and, if everything works out well, to think. 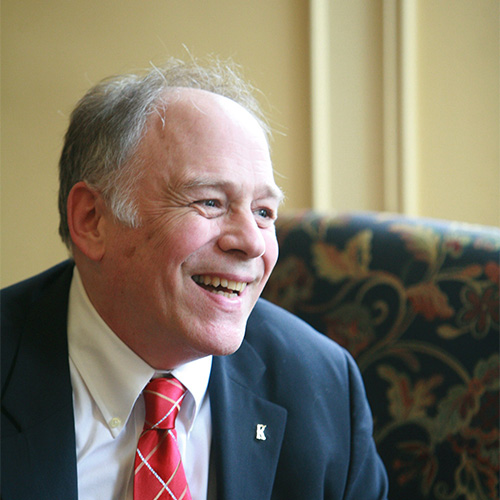