Want to find out more about this program? Watch our recent webinar.

In our renowned Bachelor of Journalism (Honours) program, you gain experience telling engaging, fact-based stories. You learn to ask ethical and probing questions, research deeply and write with flair and precision. You become a clearer thinker who can discern fact from opinion, ambiguity or falsehood.

You tell stories with words, audio, and video, reaching audiences on multiple platforms. You also gain experience and build your professional network through a journalism internship.

And once you’ve finished your honours journalism degree, you have the skills you need to work for journalism outlets, businesses, environmental groups, government departments, NGOs or political parties.

Are you curious? Do you like to express yourself? Do you want to make the world a better place? Then the Bachelor of Journalism (Honours) degree is made for you.

In your first year as a journalism student, you take Foundations of Journalism I and II. These courses offer an examination of the news media’s important role in democratic society, building on a strong grounding in the humanities you get in the Foundation Year Program. This pairing is both theoretical and practical—you learn how to read, listen to and watch the news critically. It gives you the historical and contemporary context you need to focus on specific topics in upper years and later in your career.

Foundations of Journalism I

Work on the craft of reporting for the public

In upper years, you begin reporting for the public.

You improve your listening, interviewing, reporting and multimedia skills as you take an increasing number of journalism courses from King’s award-winning journalism professors.

You pair your core journalism classes with electives or another degree concentration.

at least one of the following two courses

and two workshops from below:

The Signal is the School of Journalism, Writing & Publishing’s media outlet—the hub for your news stories, videos and current affairs podcasts.

In recent years, students have covered a murder trial from start to finish and reported on important moments in the city’s history. Student work published on The Signal regularly wins regional and national awards including Atlantic Journalism Awards, Emerge Media Awards and Canadian Online Publishing Awards.

Students are required to complete at least six credit hours in Canadian history or Canadian political institutions. This requirement may be satisfied by selecting six credit hours in a single subject or two 3 credit hour courses selected from History, Political Science or Canadian Studies courses. This is to be taken as one of the arts & science electives in either second or third year. Students who can demonstrate that they have an adequate knowledge of Canadian history or political institutions may be excused from this requirement with permission of the director, provided they propose a coherent alternative academic program of study.

Get a foot in the door

In fourth year, you’ll do a month-long internship at an approved journalism outlet before graduation. Students have worked for newsrooms such as the Canadian Press, CBC, the Globe and Mail, National Post, Elle Magazine and Sportsnet, and also at smaller outlets such as alt-weeklies and video production houses.

"At King's, I learned skills that served me well as a journalist, and equally well as a lawyer and provided a solid foundation for my career." 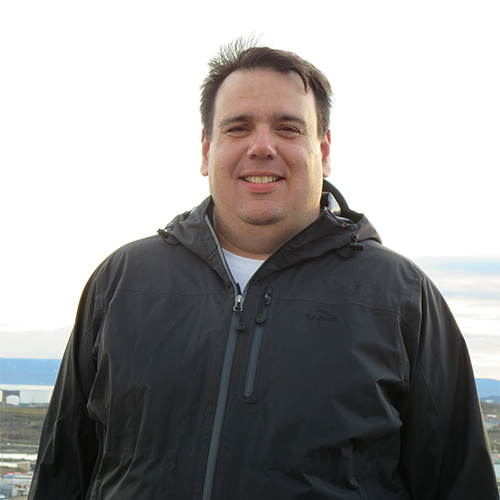 Students in their first year of study may be interested in First-Year Interest Groups (FIGs), interdisciplinary study groups that augment and expand your first-year curriculum.

Initiative marks an important step forward in the university’s work to address the Truth and Reconciliation Commission’s Calls to Action on education, journalism and media The University of King’s College is dedicating $600,000 over five years to establish a program for Mi’kmaw students who want to study journalism at King’s, based on the cohort model…

The University of King’s College MFA in Creative Nonfiction program is delighted to announce that Carol Shaben and Kelly S. Thompson have joined the program as nonfiction mentors. Carol Shaben is an award-winning author and journalist. Her first book, Into the Abyss, was a national bestseller and won the Edna Staebler Award for Creative Nonfiction. It was…

July 6, 2020 On June 15, students and alumni of the University of King’s College issued a call for the School of Journalism to develop an action plan for more diversity and inclusion in the School’s student population, curriculum, faculty makeup and support of students who identify as Black, Indigenous and People of Colour. As…

Please note: this event has been postponed due to inclement weather.  Opening night of the 2022 AfterWords Literary Festival will feature Jesse Wente in conversation…