In her book Give and Take: The Citizen Taxpayer and the Rise of Canadian Democracy, Tillotson explores the relationship between the Canadian state and citizens in the 20th century through taxes and how they’re used to exert power but also build democracy. 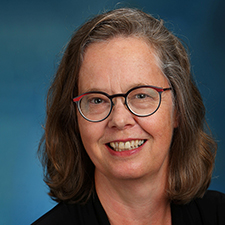 A King’s Inglis professor and member of the university’s scholarly inquiry into possible connections to slavery has won the 2019 Governor General’s History Award for Scholarly Research—one of Canada’s top prizes for academic writing.

Author Shirley Tillotson’s latest book Give and Take: The Citizen Taxpayer and the Rise of Canadian Democracy explores the evolution of income tax in Canada from the 1910s to the 1970s and the relationship between Canadians and the state along the way.

“I wanted to provide something that would be a useful resource for journalists, for politics scholars, for tax lawyers and they’ve all been very interested in it.”

Every year, the Canadian Historical Association presents the award to the non-fiction work of Canadian history they feel best helps us understand the past.

“I got to say, it’s a really nice feeling at the end of your career,” said Tillotson, who’s now retired from undergraduate teaching. “I feel like I’ve inserted a whole new kind of school or angle of view into Canadian history. I’m pleased.” 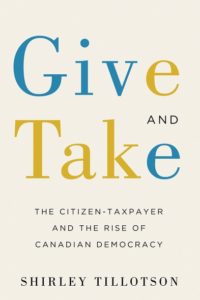 Beginning with the war income tax in 1917, the historian wrote about different ways the state tried to use taxes as a form of power and how Canadians resisted. Tillotson looked at how our attitudes about taxes have changed when it comes to small business or the welfare system and how Canadians have made real contributions to democracy when they willingly pay taxes.

Pushing aside the technical and boring, Tillotson focused on unique stories of specific taxpayers throughout Canadian history in order to create an account of taxation as experience. She said she didn’t want to argue what was right or wrong, but simply tell stories of what actually happened.

“I wanted to provide something that would be a useful resource for journalists, for politics scholars, for tax lawyers and they’ve all been very interested in it,” Tillotson said. “Former Provincial Finance Minister Graham Steele was kind enough to say that he wished he’d read the book before he became finance minister.”

Give and Take revisits themes the author touches on in her previous works Contributing Citizens: Modern Charitable Fundraising and the Making of the Welfare State, 1920-66 (2008), and The Public at Play: Gender and the Politics of Recreation in Post-war Ontario (2000).