Bishop of the Diocese of Fredericton 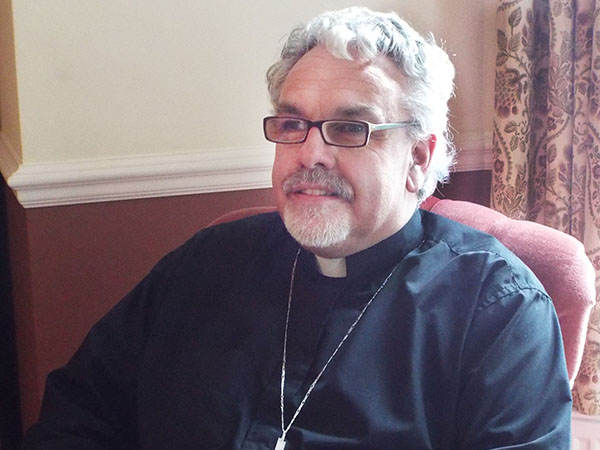 The Most Rev’d David Edwards was born and educated in Shropshire, England. He studied at Loughborough University and Homerton College Cambridge and worked as a high school history teacher prior to completing diplomas in Religious and Evangelism Studies followed by a Master of Arts in Applied Theology at the University of Kent at Canterbury.

Both prior to and following his ordination in 1995, Bishop Edwards served in ministry in the Chelmsford Diocese in England, including as Bishop’s Advisor in Evangelism and in the Parish of High Ongar. He moved to New Brunswick in 1998 to be Principal of Taylor College of Evangelism. He has also served in parishes in Saint John and as Parish Development Officer for the Diocese of Fredericton.

David was elected coadjutor bishop May 10, 2014 and, subsequently, installed as the tenth Bishop of Fredericton September 20. He became the 25th Metropolitan of the Ecclesiastical Province of Canada (Dioceses of Montreal and Quebec and those in the Atlantic Provinces), and, as a result, an Archbishop, on August 1, 2020. On behalf of the Anglican Church of Canada, he currently serves as Liaison Bishop to Mission to Seafarers Canada.

David enjoys reading, walking and has been a lifetime supporter of the Wolverhampton Wanderers Football Club (the Wolves). David was married to Janet until her death in 2018. He married Debbie (Collicott) in early 2020.