Abagail Bumpus learns to curate science at the University of Leeds

This fall, Abagail Bumpus, BA(Hons)’18, is joining the second-ever class of the Curating Science program, a joint venture between the School of Fine Art, History of Art and Cultural Studies, and the School of Philosophy, Religion and History of Sciences at the University of Leeds.

Bumpus says, “Curating Science is the perfect intersection of the classes and ideas that I loved in the HOST department under professors like Dr. McOuat and Dr. Frappier, and the art-focused classes in EMSP and CSP I took with Dr. Vusich. I hope to gain the skills to better share science and its importance with a broad public.” 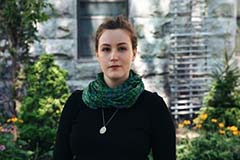 Adriana Fraser, BSc(Hons)’15, graduated from King’s with a science degree in microbiology and HOST. After leaving King’s, she worked in cancer clinical research at the Princess Margaret Hospital in Toronto. She returned to academia at McGill University, pursuing an MA in the history of medicine with a CGS-M award. Fraser is now in her first year of doctoral studies in the history of medicine at the University of Pennsylvania, supported by a SSHRC fellowship. 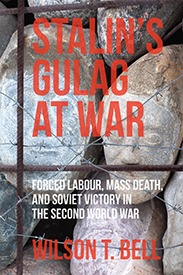 Wilson Bell’s, BA(Hons)’00, book Stalin’s Gulag at War: Forced Labour, Mass Death, and Soviet Victory during the Second World War came out in December 2018 (2019 imprint) with the University of Toronto Press. Stalin’s Gulag at War places the Gulag within the story of the regional wartime mobilization of Western Siberia during the Second World War. Far from Moscow, Western Siberia was a key area for evacuated factories and for production in support of the war effort. In this new release, Bell explores a diverse array of issues, including mass death, informal practices such as black markets, and the responses of prisoners and personnel to the war. 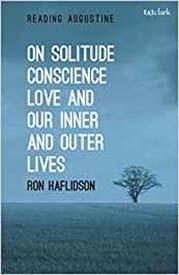 Ron Haflidson’s, BA(Hons)’04, new book On Solitude, Conscience, Love and Our Inner and Outer Lives, places Augustine in conversation with contemporary authors who warn of the dangers of abandoning solitude for constant (often technological) connection. Haflidson says he first encountered Augustine in FYP during Colin Starnes’s searching and witty lectures on Confessions. He also regards it as one of the honours of his life to have given a set of Confessions lectures himself when he was a senior fellow. 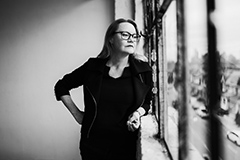 Smoke and Baloney, a film by Shirley Moore, BJ’99, has won Best Picture at the Oregon Documentary Film Festival. Smoke and Baloney focuses on Shirley’s quest to find out what killed her father after he was diagnosed with cancer and passed away in the prime of his life. Then two of his brothers suffered a similar fate. It turned out they grew up merely 200 metres away from one of the largest toxic waste sites in Canada—Nova Scotia’s notorious Sydney Tar Ponds. Smoke and Baloney follows Moore’s search for answers against the backdrop of an environmental nightmare. Check out the trailer and the Facebook page.

Nellwyn Lampert, MFA’17, knew that one day she would take an MFA in creative writing “to diversify my areas of expertise to include prose as well as drama” and, perhaps, prepare her for teaching one day. And then she discovered the King’s MFA program in nonfiction.

“I always say that doing the King’s MFA was one of the best decisions I’ve made for my writing career so far,” she explains. “The process of working with my mentors and classmates, both in and out of residency, took my book from a simple memoir to a story that I believe has broader social implications and that I hope will really help young women.” Read more about Lampert’s journey in writing.