Annual dinner a night of revelry in Prince Hall

Annual dinner a night of revelry in Prince Hall

Alumni spanning 60 years of graduating classes celebrated their shared history, and reconnected with friends and fellow alumni for the 2017 Alumni Annual Dinner. 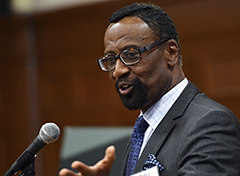 Douglas Ruck (BA ’72) received the Judge J. Elliot Hudson Award. Doug has made significant contributions to his profession and his community by putting himself at the service of those who are in search of fairness and of those who lack the means to help themselves. Read remarks by Raymond Oake (1971) about his friend and contemporary. 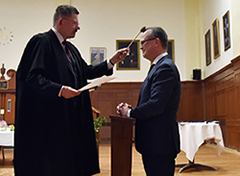 Kevin Gibson (BAH ’93) was inducted into the Order of the Ancient Commoner for his service to King’s. Read remarks from Vice-President Kim Kierans (BAH ’83) about her former colleague. 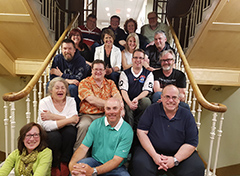 A large group of 1980’s alumni gathered over the weekend to catch up, including newlyweds Jonna Brewer (BJH ’87) and Peter Rockwell (BJ ’86) who exchanged vows on the Library steps on Saturday afternoon.

And the group of 50th anniversary grads had their own celebration, sharing stories and laughter. Check out the photo galleries on Flickr.