King’s History of Science and Technology (HOST) honours program held its student conference last weekend, focusing on alternative histories in science—those stories which have been undervalued, under-researched, unknown, or otherwise are just developing in their respective fields. Students presented papers on a wide variety of topics: from biology and mathematics, on how race and gender come into play in government policies, to papers on fossils, submarines, computers, and thought experiments. 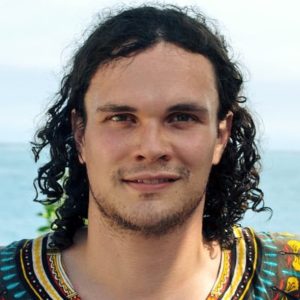 As a HOST student and member of the recently revitalized HOST society—which organized the conference—I was pleased at the enormous variety of students who presented. From the mathematics department to theatre, from those who’d never stepped foot on King’s campus before to those who’ve walked the halls for many years, each presentation brought a new perspective to the topic of choice. The keynote address on Friday evening by Dr. Jonathan Ferrier of Dalhousie’s Biology Department opened the conference with resounding success. He spoke on ‘Native Science and a Brief History of Colonialism’ and how his own Anishinaabe roots inform his work in conservation, ethnobiology, native medicines, and more.

The student presentations happened on Saturday, of which I also presented on my paper “Ada Lovelace, Historical Context, and the Musical Engine Thought Experiment.” My presentation focussed on the ways in which historical context matters in the study of thought experiments, and also why it is important to critically analyze works that are otherwise traditionally seen only as a ‘first’—for example, Lovelace is credited as the first computer scientist, but otherwise she is not thoroughly analysed. The talk and panel was well-received and all around a very successful experience. 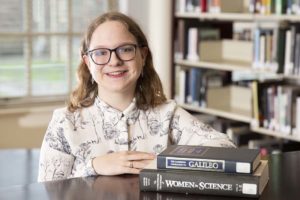 Megan Krempa is a second-year HOST student at King’s.

Dr. Gordon McOuat, King’s Director of the History of Science and Technology (HOST), remarked that, “The presentations were as good as any I’ve seen at any international academic conferences and reflected the laudable interdisciplinarity of the program and our students.”

Sammy Goldberg, a second-year transfer student at King’s, came here specifically for HOST, and has quickly found space among the program and society. Having attended and also assisted in planning the conference, he said, “I certainly learned a lot on Saturday, both about areas of science I wouldn’t have otherwise had an engagement with, as well as perspectives I can be more aware of in my own work.” He credits the HOST Society with doing a “fantastic” job of choosing a wide variety of papers, topics, and themes for the conference.

Dr. Ian Stewart, assistant professor in HOST, also attended the conference. He said, “The poise and quality of the research that was reflected in all the presentations was of a wonderful calibre,” and emphasized “how distinctive King’s is in the Canadian university landscape, in the opportunities undergraduate students have to explore the past and present realities of science and technology from a humanities perspective.”

There are three honours programs at King’s, each with its own student society and annual student conference. These conferences give King’s undergraduate honours students an opportunity to gain valuable experience preparing and presenting academic papers to their peers, professors and interested members of the community.

The recent resurgence of the HOST society has been a result of the hard work done by the students who have reached out to Dalhousie students and King’s students to get them more involved in HOST. Cedric Blais, president of the society and a King’s fourth year student majoring in HOST and International Development, said that the conference was a place to “engage in in-depth discussions about the place of science and technology in the contemporary world,” and that there was importance in simulating conversations across the traditional boundaries of the history of science.

Through the panels it was evident that the world and society cannot function on a holistic and harmonic level without seeing the sciences and the humanities and the arts as inextricably interconnected. While I was aware of the need for the interdisciplinarity between the arts and the sciences here at King’s, this weekend only served to show further proof that neither subject, nor any subject, can exist on its own.