Brooklin Craig, 18, was at home in Dartmouth, N.S. when she received the call that she’d be receiving a Donald R. Sobey Family Scholarship to come to King’s. “I was in shock for a solid minute. Then I ran upstairs to tell my parents. They were like, ‘For real?’ It was one of the best moments of my life,” Brooklin says.

Isabella MacKay, 18, the other Donald R. Sobey Scholarship recipient who started at King’s this year, was at school in Victoria, B.C. when she got the call.

“I had to wait a minute and calm down a bit before going back to class. I was very emotional. It was very exciting,” Isabella says.

The Sobey scholarships, established in 2014, are unique to King’s. Valued at $50,000 over four years, they recognize academic excellence, leadership skills and community involvement, all of which Isabella and Brooklin have in spades. In high school, both were environmental and social justice activists, athletic and musical. Both are now taking the Foundation Year Program–Science. 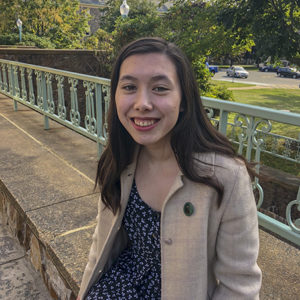 “I’ve always loved literature and reading. It’s been a huge part of my life,” says Isabella. But she also loves sciences. “I was actually having difficulty trying to decide what’s my major going to be, a Bachelor of Science or a Bachelor of Arts,” Isabella says. “But FYP is perfect—a very intense study of the history of western literature but at the same time I can pursue a bachelor of science.”

Isabella is living in Alex Hall residence and says although she didn’t know anyone here before coming to King’s, it’s been easy to make friends. She’s performing with the King’s Theatrical Society, has joined King’s Chorus, and she intends to volunteer with Northwood Project visiting people weekly at a Halifax seniors’ centre. 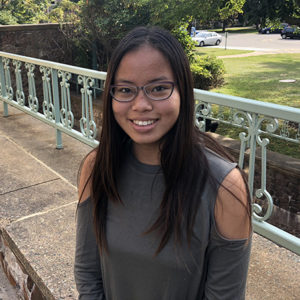 Brooklin is interested in debate, environmental and sustainability societies, and finding a French club. (She also speaks Mandarin.) She aspires to become a lawyer and was the youngest participant at the Dalhousie Law School’s public forum for the pardon of Viola Desmond when she was 10 years old.

“University life is so different than high school…Students at King’s are a lot more intellectual than people I’ve met before. You can just be talking at meal hall about, ‘Would you rather have freedom or happiness?’ We had a conversation about that the other day,” Brooklin says. “People aren’t ashamed to express what they’re interested in. They’re more ideas focused.”

One month into the semester, both Brooklin and Isabella say they are really enjoying the FYP lectures.

“After each lecture I come out thinking so deeply about the fundamental values of my life,” Isabella says. “You leave in awe and really just thinking. It brings new meaning to things you’ve read. It’s revelatory.” 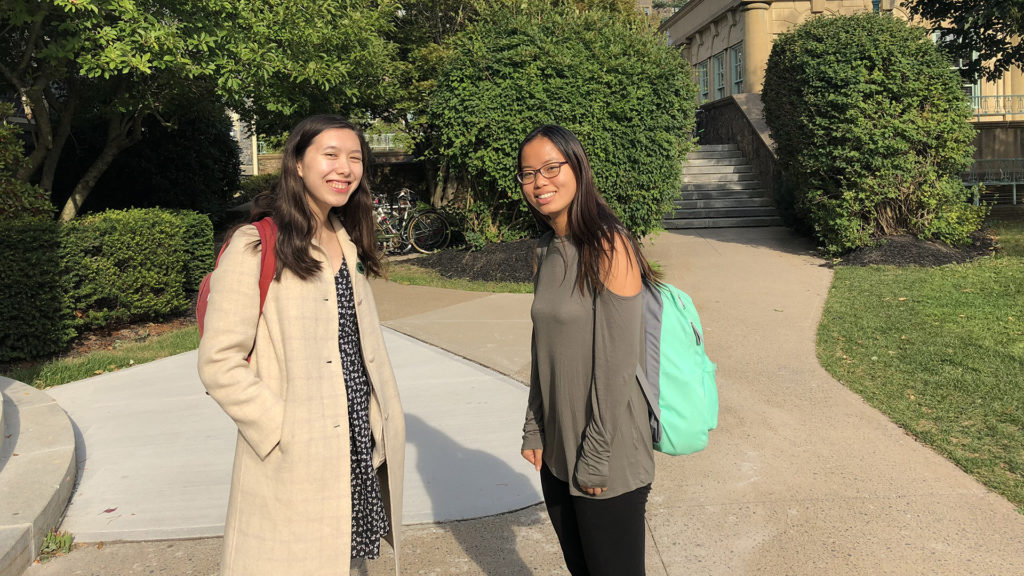 “Having the Sobey Scholarship means I can be in more clubs and societies. I don’t have to work. I can focus on my education a lot more,” Brooklin says.

Isabella says she feels supported even though she’s far from her home in Victoria. “It’s a long way and expensive to travel back and forth. [The scholarship] allowed me to come to King’s. It’s a large weight off my shoulders,” she says.