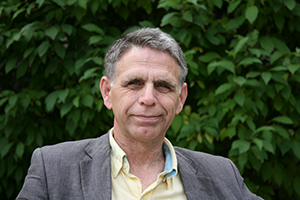 University of King’s College professor Dr. Gordon McOuat has been named one of three finalists for the Social Sciences and Humanities Research Council of Canada’s (SSHRC) Partnership Award, one of five Impact Awards annually awarded by SSHRC.

The Partnership Award nomination recognizes the work of the highly successful SSHRC-funded Strategic Knowledge Cluster, Situating Science as led by Project Director Dr. McOuat and co-applicants across Canada. Launched in 2007, the seven-year Situating Science project is unique in Canada, in that it represents the first coordinated effort in targeted knowledge exchange and partnership creation in the fields of Science and Technology Studies and History and Philosophy of Science. With a mandate to promote communication and collaboration among humanists and social scientists who are engaged in the study of science and technology, Situating Science brings scholars and stakeholders together, clustering research strengths and expertise to examine science and technology in their social and cultural contexts.

The Cluster has been remarkably prolific. In collaboration with co-applicants, post-doctoral fellows, students and various supporters, Dr. McOuat has overseen hundreds of activities and collaborations, all of which have made significant impacts both within and beyond the social sciences and humanities. Over the years, the Cluster also facilitated collaborations between scholars and institutions in Canada, India and Southeast Asia on circulating knowledge east and west, which helped Dr. McOuat and scholars in those regions secure a top-ranked 200,000$ three-year SSHRC Partnership Development Grant this year.

With ever growing concerns about the role and significance of science and technology in our modern world, Situating Science has enabled expert voices willing to bridge disciplinary and geographical borders to enrich public understanding. Situating Science reaches out to scholars, stakeholders and organizations to leverage and strengthen support and partnerships in Canada and around the world. It facilitates collaborations not only among humanists and social scientists of science and technology but between these communities and working scientists, engineers, architects, journalists, artists, curators, public servants, policy makers and members of the general public interested in the broader social and cultural significance of science and technology.

The results of these partnerships have enriched the sciences, humanities, private research and public understanding alike.

“SSHRC’s support for Situating Science has enabled a prolific amount of rewarding research and knowledge mobilization. This will be an important transitional year, building on our successes. The management team will be working to solidify institutional and partner support for a self-sustaining national consortium,” says McOuat. “This nomination recognizes the work of many, and all that we have accomplished together.”

The Partnership Award recognizes a SSHRC?funded formal partnership for its outstanding achievement in advancing research, research training or knowledge mobilization, or developing a new partnership approach to research and/or related activities. It is awarded to a formal partnership that, through mutual co?operation and shared intellectual leadership and resources, has demonstrated impact and influence within and/or beyond the social sciences and humanities research community.

The winner will be announced in Ottawa on Monday, November 3, 2014.