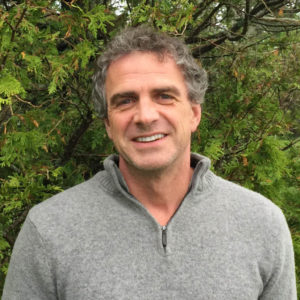 When it comes to thinking about the environment, human societies and the natural world are not separate, but part of one whole, explains Dr. Ian Stewart, Assistant Professor of Humanities in the History of Science and Technology Programme (HOST) at King’s.

“The nature vs. human dichotomy isn’t helpful or productive,” Ian says. “More than ever before, what we mean by ‘impact’ on nature, due to our unavoidable needs to extract and use energies and materials from nature, require us to consider humans and non-humans as integrated systems. The hybrid term ‘socio-ecological’ is one way to capture this.”

When you consider, for example, that scientists have estimated that by 2050 there will be more plastics (by weight) than fish in our oceans, and that oil and gas extraction projects from deep below the earth in Northern Alberta require us to think also about impacts of rising sea levels in coastal communities of Atlantic Canada, this interconnectedness is made clearer.

As a HOST professor, Ian is a proponent of holistic examinations of sciences as forms of knowledge, examining how ways of knowing are integrated into societies or cultures.  “A thoughtful reflection on the nature of science and its scope,” is another way he describes it. “In the history of science, the basic insights about the ‘socio-ecological’ have been around for a very long time. But how we think about the connectedness of humans and non-humans is an evolving process, changing as societies and science change.”

Earlier this month Ian was awarded a $70,000 University of Alberta (U of A) Kule Research Grant for a partnership project involving scholars from eight other universities (including Dalhousie) that he is co-leading with Debra Davidson of the U of A. Advancing Environmental Impact Assessment for Canada’s Socio-Ecological Systems is an interdisciplinary project that incorporates the lenses of history and philosophy of science, sociology, anthropology, human geography and law. It aims to build a first-in-Canada research network committed to providing scholarly support to governments’ efforts to sustainably manage natural resource projects through next-generation environmental impact assessment methods.

Ian believes the approach is a natural fit for King’s. “It grows out of what HOST is at King’s. We don’t just think about the past, but also about the big questions that society has asked the sciences to solve,” he says. Studying the interface between the natural and social worlds goes hand-in-hand with King’s interdisciplinary approach to education, Ian says. “In my view, it’s consistent with King’s pedagogical approach, which begins with FYP: studying the past to understand the present and prepare for the future.”

Several years ago, the SSHRC-funded Situating Science research network was centred at King’s, and led by HOST/CSP professor Dr. Gordon McOuat. “It helped ‘situate’ King’s as a hub in Canada for scholarly work that seeks to build conversations and research networks across the sciences/humanities divide,” Ian says. “I’m building on that foundation through the research funded by the Kule grant.”

“By drawing together scholars across the social sciences and humanities in Canada, the goal is to encourage broader discussion about the socio-ecological. And not just among ourselves: natural scientists, governments (Indigenous and non-Indigenous), private sector and NGOs all need to be part of the conversation,” Ian says.

With a wider goal of creating a network of interested scholars who can work with key players outside academia, Ian and his collaborators hope to see this seed money grow into a pan-Canadian project for years ahead.