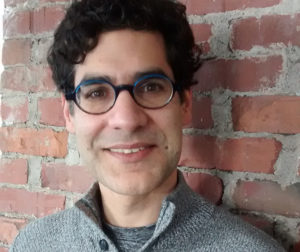 While it is hard to say what summer will look like for any of us in these strange and uncertain times, thanks to the kind support of Arts Nova Scotia I hope to spend a good part of it elbow-deep in the history of a short-lived maritime Quaker whaling community, exploring the archive for just enough inspiration to craft a handful of poems in memory of this largely forgotten population.

The impetus for this project was a visit to the oldest extant house in Dartmouth. Now a seasonal historical museum, the home dates from the late eighteenth century and belonged to a succession of Quaker families who settled in eastern Canada following the American Revolutionary War. These families relocated a small part of the Nantucket whaling industry north to Canada, buttressing the failing Maritime economy and contributing to the settling of the city of Dartmouth. Within a decade the community of whalers had come and gone. Part and parcel of the Quaker presence in the Maritimes was the growth and support of an already extant local Quaker community, the popularizing of Quaker abolitionist politics, and the advent of a non-indigenous whaling tradition that was operative (despite the Quaker absence) as recently as the mid-1960s.

The history of this community is little known, though traces of it abound in the city, from street and subdivision names to Quaker House museum itself. And this, I think, was the initial call of this project – to bear witness to a forgotten people and so engage in what Walter Benjamin calls each generation’s messianic work of resurrecting the past. (Indeed, in many ways this is how I understand the work of FYP – it invites us to practice a kind of resurrection.) The poems themselves will draw on letters, diaries and journals as well as the theological traditions of Quaker spirituality in order to tell the story of Quaker seafaring. (I am captivated, for example, by the rhetorical connections between the Quaker emphasis on a spiritual “inner light” and the material light provided to much of Europe and North America by Quaker-harvested whale oil.) These poems will also suggest that a sympathetic reading of Quaker history and poetry offers us a language through which to cultivate a deeper empathy with the larger human family and contemporary crises of human migration predicated on the cultivation of precisely the silence and attention that characterizes Quaker spiritual practice. My sincere hope is that I will go to Quaker summer school this year and learn a little bit of the grammar of a Quaker ethos and its historical commitment to what some call a pacifist poetics.

In addition to archival sources, the poems I hope to write will emerge from a dialogue with the larger history of sea literatures. Poetic ur-texts like the Hebrew Scriptures and Homer’s Odyssey will be among the most significant ancient conversation partners alongside more recent works like Herman Melville’s Moby Dick and Derek Walcott’s re-writing of the Homeric canon in Omeros. But most importantly, the current plans for these poems is that they be written in direct response to the American poet Robert Lowell’s monumental 1946 poem, “The Quaker Graveyard in Nantucket.” (Please read it this summer!)

So what will I do for the summer? God willing, I’ll have the privilege to spend it just the way I hope many of us will – reading poetry as time allows and then waiting for the muse to visit so that we may write some as well.