Author’s Note:As we’re coming to the end of this extraordinary FYP year, I’ve been thinking a lot about journeys. While much of this has been focused around our own moves home and changes in routine, I wanted to share something a little more lighthearted in the form of a true (albeit somewhat embellished) story about a “friend’s” recent voyage.

For those of you who haven’t been properly introduced yet, meet Planto. 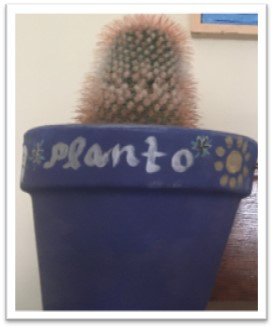 Planto usually calls the FYP office home, spending his time basking in the warmth of the large, round window behind my desk. While I don’t know much about Planto’s origins, as he predates my return to the college and doesn’t tend to talk much, I’ve heard that he came to live in the FYP office after having moved out of residence back in 2016. I can’t speak for his favourite FYP texts, but his well-decorated plant pot and name point to a special fondness for The Republic.

While Planto is normally quite content at King’s, my prickly officemate has grown a bit restless as of late. With no faculty, staff or students on campus, our resident philosopher-cactus was thirsty for friendship and a new windowsill to call home. And (with little help from a friend) Planto decided it was time to relocate.

But before Planto settled into his new abode, he wanted to see a little more of the world (or at least Halifax) and even managed to capture and share a few selfies from his adventure. 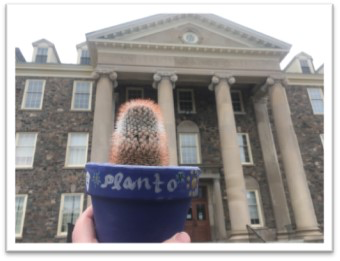 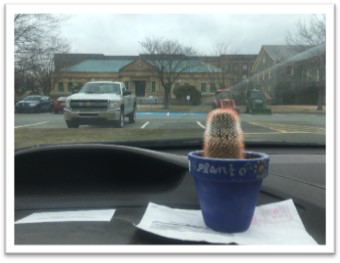 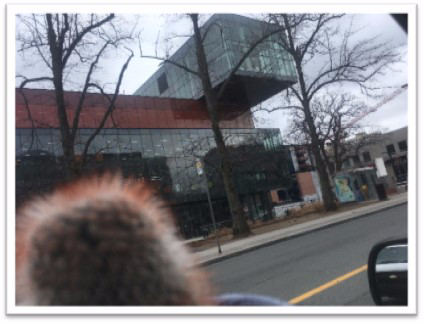 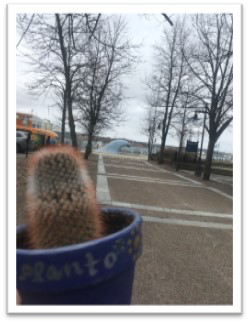 After leaving King’s, Planto headed out to see a couple notable places around town. I’ve heard that he even headed to the Halifax Library to check out a few books as he was inspired to write his own research essay. 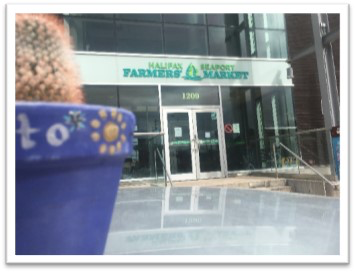 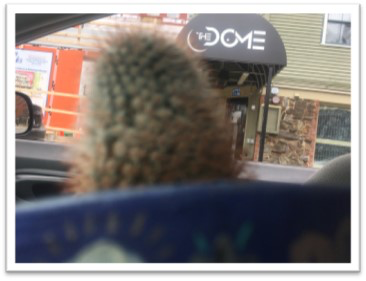 After checking out the various sites, Planto stopped off at the Halifax Seaport Farmers Market to grab a few good local treats. Planto had also heard a lot of about a The Dome from a few students and decided that this might be the place to stop off for a drink to celebrate his new-found freedom. He was sorely disappointed to find it closed. 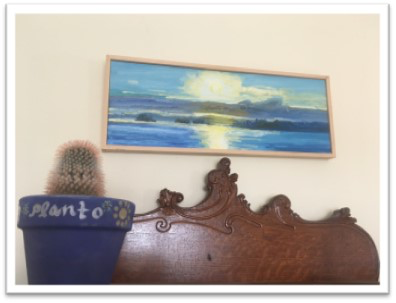 After a big day of moving and adventures, Planto is now settling well into his new home.