Retired geologist Craig Miller graduated with a Bachelor’s Degree from Dalhousie in 1974, and completed a Master’s Degree in 1979. During his time as a student, he realized that there were no records in the King’s library about the stone that makes up the buildings, and set out to remedy this. 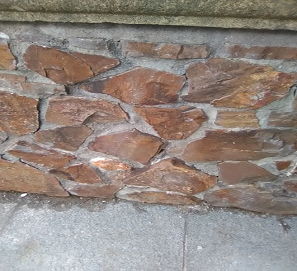 As it turns out, the majority of stone that makes up King’s is quartzite. The “original” buildings such as the Chapel and President’s Lodge built in the 1920s fall into this category. Their stone is a pink or red color, caused by an abundance of a mineral called hematite in the stone. The material comes from a quarry in New Minas – between Wolfville and Kentville – that no longer exists. It has since had a road built over top of it. 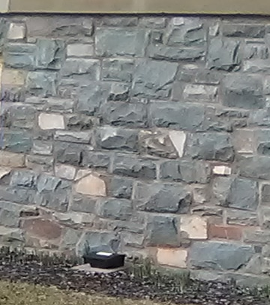 The buildings built in the 1960s, such as the gymnasium and Alex Hall have stone of a more blue or gray color. However, this is also quartzite! The difference in color is caused by this stone being from a different quarry, this one in Lake Echo. The quartzite here had less hematite and more silica. 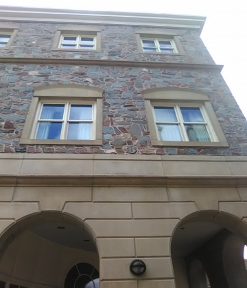 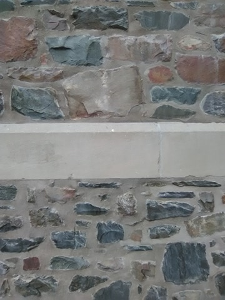 The stone in the New Academic Building looks very much like the stone described so far, but isn’t quite right. It is once again quartzite, but is from a third quarry. This one is near the original New Minas quarry, and the stone was sourced from here in an attempt to make the NAB match the look of the other buildings on campus.

The window sills and trim of the buildings are where we finally find a different mineral, as well as yet another quarry. This one is located in Wallace, Nova Scotia, and is actually still in operation. These accents are made out of sandstone.

The steps are made of granite, and are the last local contribution to the rock that makes up King’s. There were several quarries in the area that produced granite, and a likely candidate is one located in Terence Bay.

In fact, the only non-local rock making up King’s are the large columns that front the A&A. These are also made of sandstone, but it was apparently cheaper to import them from Indiana. Imagine shipping something that size! 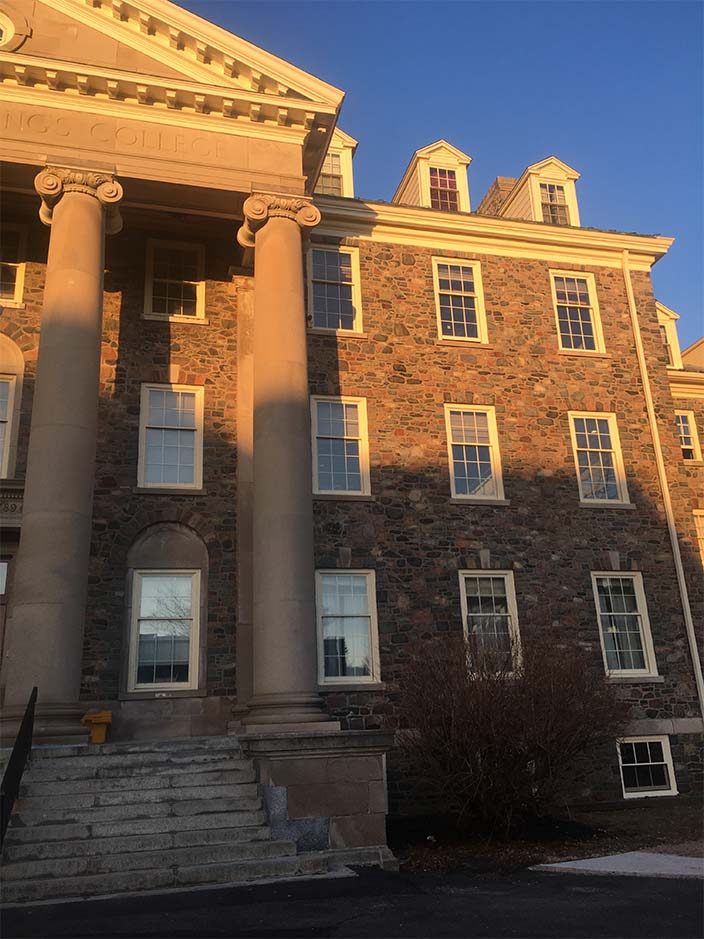