The Mythical Method and Creative Writing in the Foundation Year Program

In 1923, T.S. Eliot described a method of literary creativity that will be familiar in practice, if not in name, to every student of the Foundation Year Program. The ‘mythical method’ (exemplified in Eliot’s own epochal poem The Waste Land and in James Joyce’s paradigmatic modernist novel, Ulysses) juxtaposes images, characters, and themes from vastly different historical contexts in a given work as though they are contemporaneous with one another. These fragments of diverse literary traditions—combined, assimilated, and synthesized—generate meaning through the persistent habit of allusion. 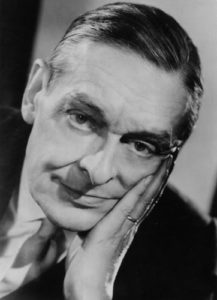 Remarkably, Eliot’s method describes the very thing students have been discovering this year—that the habit of allusion is one of the most pervasive features of the literary and philosophical quilt (tattered, imperfect, and partial!) that we study each year. Virgil’s Aeneid, for example, is more meaningful for us because of its careful reflection on the Homeric tradition; Dante becomes richer as we unearth the strands in his remarkable synthesis of literary, philosophical and theological traditions; Petrarch’s outing to Mont Ventoux is something more than travel literature because of his conscious employment of tropes from Augustine’s Confessions. Part of writing essays in the Foundation Year Program is discovering the ways that each periods’ works are haunted by those of previous ages (in much the same way the styles of the 1980s haunt contemporary fashion!). Just as importantly, each period challenges and transforms its antecedents.

Though essay writing and academic publishing are the primary work of Foundation Year students and faculty alike, a significant number of people in the Program are also engaged in creative writing of wonderfully diverse kinds—from fan fiction to poetry, from short stories to original songs, from stand-up comedy to plays. No doubt the great Canadian novel is being written by a student as I type!

Creative writing is one of the primary venues (as Eliot would say) for engaging organically with the great works of the past. Half-remembered images, fragments of texts, the cosmological musings of earlier ages, even the major moments of historical triumph and crisis, offer a means by which to think creatively the experience of the present moment. Sue Goyette’s Penelope illustrated this at the year’s very first FYP evening event. Below is an example of poems that try to think across time, using old images to muse on even perennial realities.

A new semester is around the corner. Creative writers, unite!

…And give the mythical method a try. Yours might be the work that, like Eliot’s The Waste Land, articulates the mood of an entire generation.