Gordon Sinclair Bursary winner Corbett Hancey gets ‘the chance of a lifetime’.

Gordon Sinclair Bursary winner Corbett Hancey gets 'the chance of a lifetime'. 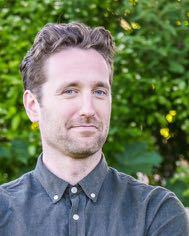 Journalist Corbett Hancey (BJ ‘11) has received the Gordon Sinclair Foundation Roving Reporter Bursary for 2016. The award, valued at $15,000, supports a major research and reporting trip by an early career Canadian journalist who has graduated from a Canadian university journalism program within the past five years.

Hancey will travel to Lebanon to report on the influx of Syrian war refugees to the country, and the role Canada plays in the global refugee crisis. In a press release from the Gordon Sinclair Foundation, Hancey explained his interest in applying to travel abroad to Lebanon:

“Lebanon’s small size and huge number of refugees means it’s arguably under more strain than any other refugee-hosting country,” he said. “Canada made a specific commitment to help lessen that burden and stabilize the country. So for me this is a chance to look at the impact Canada can have in a country whose ability to help an extremely vulnerable group is stretched to the limit.”

Roving Reporters spend a minimum of six weeks in their chosen location. In the press release, Hancey noted how a longer trip would be crucial to exploring the subject fully. “The extended stay allows me to get a feel for the place and the stories in a way reporters who stay just a few days don’t get the opportunity to experience,” he said. “For a young journalist, it’s the chance of a lifetime.”

In addition to a Bachelor of Journalism from King’s, Hancey also holds a BA from McGill and a Masters in Intelligence and International Security from the Department of War Studies at King’s College, London. In his short career, he’s worked with Vice Media in developing an eight-episode documentary series entitled Cyberwar, as a producer with the CBC’s News Now, and has found the time to appear as a contestant on Jeopardy – a first among Roving Reporter Bursary winners.

He isn’t the first King’s graduate to receive the bursary, however. Three of the six recipients to date are King’s grads. Hancey joins Robin Tress (BJ ‘13), who received the award in 2013 to report on the effect of the oil industry on workers and residents in Fort McMurray, Alberta. Karen McColl (BJ ‘14) won the bursary in 2014 and spent eight weeks travelling the Northwest Territory’s McKenzie River by canoe, reporting on the impact of developments on remote communities there. Both had their work published in the Toronto Star.

The Roving Reporter bursary was created in memory of journalist, author and commentator Gordon Sinclair, who reported for the Toronto Star, the CBC and other outlets over a long and celebrated career.