It wasn’t enough for this student to enjoy all the benefits she saw at King’s, she wanted to make the community here even better. And now she’s parlayed a tutoring program she started into a full-time job. 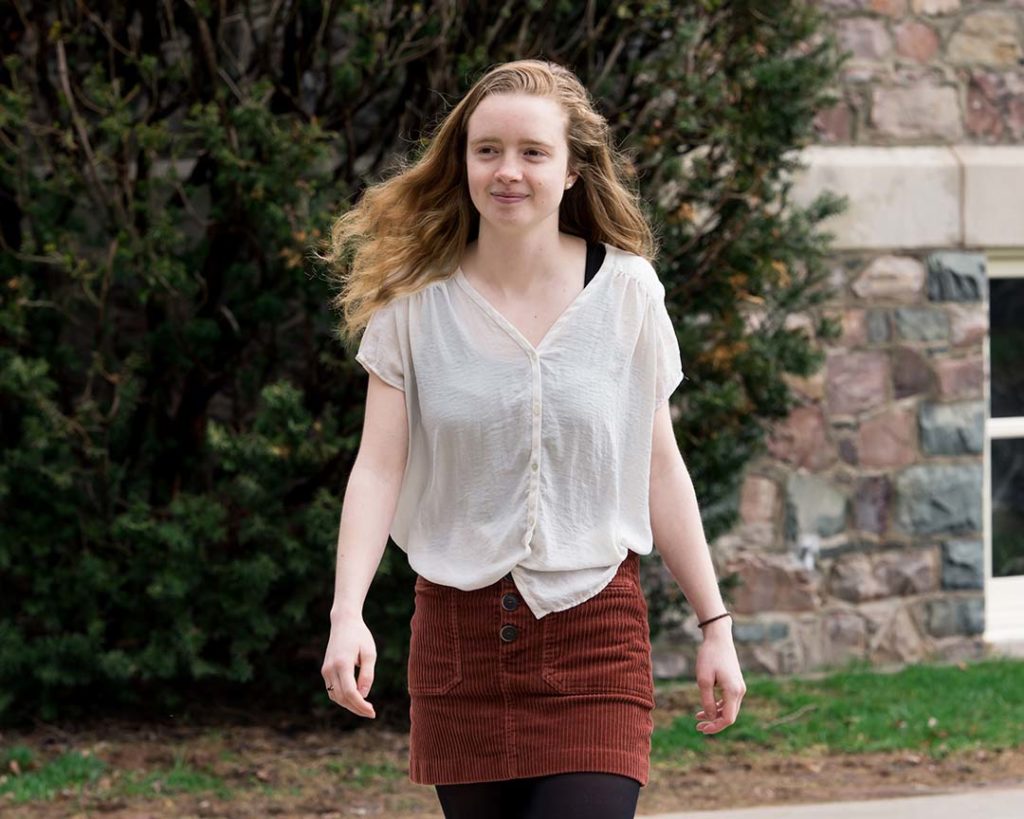 Graduating student Sarah Griffin is an active member of the Chapel community at King’s, and helped create a tutoring program at YouthNet. That’s landed her a job at their next executive director.

Classics and Contemporary Studies student Sarah Griffin followed her older brother from Ottawa to the Maritimes because King’s seemed familiar to her. Once she arrived on campus, however, she knew she was in for something different.

“When I came to King’s I realized that it really is a very interdependent community,” she said. Griffin is reflecting on how she came to King’s as she prepares to graduate at Encaenia this spring. “I was really taken by the kind of culture of learning and being open to texts, people and being receptive.”

The biggest impression the Foundation Year Program made on Griffin was that everyone was, literally, on the same page. “It’s one thing to just kind of approach a large book by yourself and be overwhelmed and daunted by it,” she said. “But having a roommate…to go to and to talk to really made it more approachable in a way and… just being able to learn about these things in community.”

“I think it’s important to allow ourselves to be confronted by people that are very different from us…and to be challenged and to be changed by them.”

Instead of simply taking advantage of the opportunities she saw at King’s, Griffin was inspired to add to the community she admired. She worked for the King’s College Chapel as its treasurer and warden. “It is a place that any student can come, of all faiths or none, and they can have a place of silence and contemplation.”

The Chapel manages several outreach activities Griffin believes helps students understand what it means to be a good friend and member of a community. One of the programs brings King’s students to the Northwood Care Home on a weekly basis to interact with seniors.

“It’s an attempt to develop a friendship with someone outside of the bounds of who you’d normally meet in a university setting,” she said. The experience is similar to what students learn from course texts but in a real-life setting, according to Griffin. “I think it’s important to allow ourselves to be confronted by people that are very different from us…and to be challenged and to be changed by them.”

Griffin applies the same notion to youth as well. Roughly two years ago, she sat down with former King’s chaplain Fr. Gary Thorne and envisaged the Youthnet tutoring program. Students from St. George’s Youthnet, a non-profit group serving children in a lower-income North End neighbourhood, come to King’s campus once a week for one-on-one tutoring. It’s been a major success.

And Sarah’s initiative with YouthNet tutoring has also had a positive career outcome for her. Soon after she walks across the Rebecca Cohn’s stage on May 23, 2019 to collect her honours degree, she’ll being a full-time job as executive director position of YouthNet.

As she prepares to take the next step in her life, Griffin hopes to build off all the lessons she collected in and outside the classroom over the past four years. “Some part of me is excited to bring some of what I know to other places and other communities and confront new things in the same way I’ve been confronting new things through my years here.”

“I think down the road, 20 years or so from now or so, probably what I’ll remember the most is the friendships that I’ve made here [at King’s]. I think no part of my learning has existed outside of those kind of particular friendship that I’ve had while belonging to the King’s community.”