The King’s Equity Committee has launched a display highlighting the work of Indigenous leaders in Canada.

The display, located on the 2nd floor of the New Academic Building, features profiles on education activist Shannen Koostachin, former Lieutenant Governor of Ontario the Hon. James Bartleman, and olympian Waneek Horn-Miller among others. You can read about the featured Indigenous leaders below.

This is the first in a series of celebratory and awareness-raising displays planned for 2017-18. 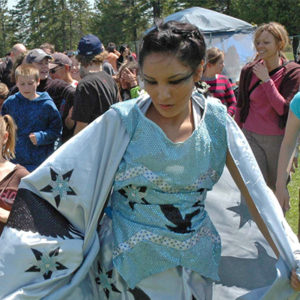 Shannen Koostachin of Attawapiskat First Nation in Northern Ontario knew just how hard it was to learn in a reserve school that was under resourced. The only elementary school for the 400 children in Attawapiskat was closed as thousands of gallons of diesel fuel contaminated the ground under the school. The federal government put portable trailers on the playground as a temporary school until a new one could be built. Nine years later there was still no sign of a new school.

The portables began to deteriorate over time. The heat would often go off. The children would have to walk outside in the cold to go from one portable to another and the doors were warped. The children of Attawapiskat launched the Attawapiskat School Campaign to encourage non-Aboriginal children across Canada to write to the federal government and demand a new school for Attwapiskat.

Thousands of children answered the call and three Ministers of Indian Affairs promised a new school, then broke their promise. The children kept writing. When the Minister of Indian Affairs, Chuck Strahl, wrote in 2008 to say the federal government could not fund a new school, the grade 8 class cancelled their graduation trip to Niagara Falls and used the money to send three youths, including Shannen, down to meet with Minister Strahl. When Minister Strahl told the students a new school wasn’t possible, Shannen told the Minister she would never give up because the children in her community deserved the school they were promised.

In May of 2010, Shannnen Koostachin passed away in an automobile accident at the age of 15. With the support of her loving family, friends and community, a campaign called Shannen’s Dream was created. It is named in her memory to make sure all First Nations children across Canada have “safe and comfy schools” and receive a good quality education that makes them proud of who they are. 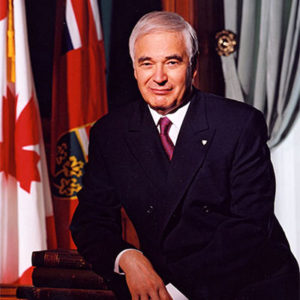 The Honourable James K. Bartleman is a member of the Chippewas of Rama First Nation. He concluded his term as the 27th Lieutenant Governor of Ontario on September 5, 2007. During his time in office, Mr. Bartleman pursued three priorities: eliminating the stigma of mental illness, supporting anti-racism initiatives, and supporting Aboriginal youth. As Lieutenant Governor, Mr. Bartleman implemented four aboriginal literacy programs including The Club Amick Reading Program for 5,000 native children and 36 summer reading camps for 2,500 children in Ontario’s north.

Preceding his appointment as Ontario’s Vice-Regal Representative, Mr. Bartleman served 35 years in Canada’s Foreign Service as ambassador to Cuba, Israel, NATO, and the European Union, and as high commissioner to South Africa and Australia. He was also the foreign and defence policy advisor to the Prime Minister.

Mr. Bartleman holds thirteen honorary degrees and is the recipient of a number of honours and awards, including the National Aboriginal Achievement Award 1999, the Phi Delta Kappa Educator of the Year Award 2004, and the Arthur Kroeger College Award in Ethics in Public Affairs 2007. Mr. Bartleman is an officer of the Order of Canada and a member of the Order of Ontario.

Mr. Bartleman is the author of four books of non-fiction. His novel As Long as the Rivers Flow speaks of the intergenerational effects of the residential school experience and is now being adopted in high schools. He is a former chancellor of The Ontario College of Art and Design, a former member of the Blue Ribbon Panel on the future of Medical Education in Canada, and a former visiting fellow to Laurentian University’s Aboriginal Studies Program. 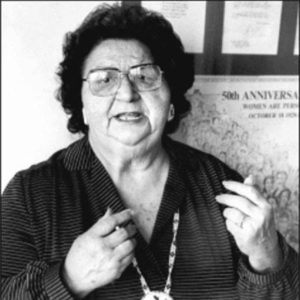 Mary Two-Axe Earley, a Mohawk from Kahnawake, Quebec, changed the lives of thousands of Aboriginal women and their children. She undertook a long and tenacious equal rights campaign on behalf of Aboriginal women who lost their Indian status under the law, and the rights and benefits to which this status entitled them, when they married non-Indians. In 1985, largely because of Two-Axe Earley’s efforts, Parliament passed legislation amending the Indian Act to eliminate the discrimination that penalized Status Indians who were women (while permitting men to marry whom they chose without sanctions), and to provide a reinstatement process. Once reinstated, the women could reclaim their rights under the Act. Among other things, this opened the door to better health and education services for Aboriginal women and their children. 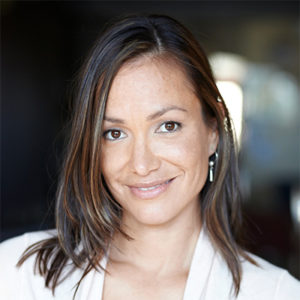 Waneek Horn-Miller is a Mohawk of Kahnawake First Nation in Quebec. Between 1990 and 1997, Horn-Miller participated in the North American Indigenous Games and won over 20 gold medals. She was a key member of the Canadian women’s water polo team that won gold at the 1999 Pan Am Games. Voted MVP, Waneek became co-captain and proudly led her team at the Sydney Olympics in 2000. The team finished fifth in Sydney. She went on to help Canada win a bronze medal at the 2001 FINA World Championships.

In 2014, Horn-Miller was one of seven people who sued the Kahnawake Mohawk Council over the “marry out, stay out” policy, which forced Mohawks who married non-Mohawks to move out of the territory.

In 2017, Horn-Miller was named director of community engagement for the National Inquiry into Missing and Murdered Indigenous Women and Girls. She continues to raise awareness today. 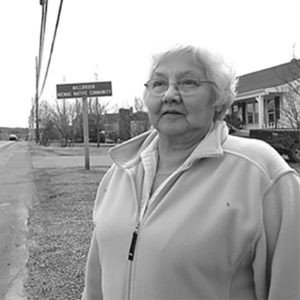 Nora Bernard was a Canadian Mi’kmaq activist who sought compensation for survivors of the Canadian Indian residential school system. She was directly responsible for what became the largest class-action lawsuit in Canadian history, representing an estimated 79,000 survivors; the Canadian government settled the lawsuit in 2005 for upwards of 5 billion dollars.

In 1945, when Bernard was 9 years old, her mother was told that if she did not sign the consent forms to send her children to a residential school, the child welfare system would take her children into “protective custody”. As a result, Bernard attended the Shubenacadie Indian Residential School for five years. In 1955, she married a non-native man, and consequently lost her legal status under the Indian Act; the relevant section of the Indian Act was repealed in 1985, but this did not automatically lead to reinstatement as a band member, and it was not until March 2007 that she was voted back into the Millbrook First Nation.

In 1995, Bernard began an organization to represent survivors of the Shubenacadie school; she subsequently convinced Halifax lawyer John McKiggan to represent the Shubenacadie survivors in a class-action suit. After the Shubenacadie suit became public knowledge, many other survivors’ associations across Canada filed similar suits; these were eventually amalgamated into one national lawsuit. In McKiggan’s words, “… if it wasn’t for Nora’s efforts, and other survivors like her across Canada, this national settlement never would have happened… After we filed our lawsuit, a number of other students from other schools filed similar class actions.”

In 2005, she testified before the Canadian House of Commons about the abuse children suffered in residential schools:

“Sexual and physical abuse was not the only abuse that the survivors experienced in these institutions…Abuses included such things as being incarcerated through no fault of their own; the introduction of child labour; the withholding of proper food, clothing, and proper education; the loss of language and culture; and no proper medical attention.”

On December 27, 2007, Bernard was found dead in her home in Truro, Nova Scotia; although she was originally thought to have died of natural causes, on December 31, police arrested her grandson James Douglas Gloade and charged him with her murder. She had been stabbed to death. On January 23, 2009, Gloade was convicted of manslaughter and sentenced to 15 years in prison. 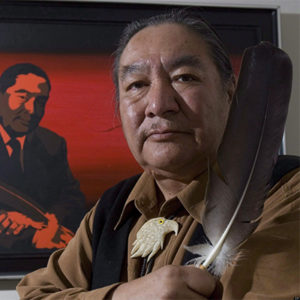 Elijah Harper was born on the Red Sucker Lake reserve, an Oji-Cree community about 700 kilometres north of Winnipeg. Like many Aboriginal children of his generation, he was forcibly removed from his family at a young age and sent to residential schools. Harper attended the University of Manitoba in the early 1970s, where he became friends with Ovide Mercredi and Phil Fontaine, both of whom would later become National Chiefs of the Assembly of First Nations. Harper left the university and became a community development worker and researcher for the Manitoba Indian Brotherhood. Harper later served as a program analyst for the Department of Northern Affairs until his election as chief of the Red Sucker Lake Indian Band (now Red Sucker Lake First Nation) in 1978.

Harper entered provincial politics in 1981 when he ran for election as MLA for the New Democratic Party (NDP) in the riding of Rupertsland. When he won, he became the first Aboriginal person to take a seat in the Manitoba legislature. Harper joined the Cabinet in 1986 as minister without portfolio responsible for Native Affairs. A few months later he was reappointed to the cabinet, becoming minister of Northern Affairs for Manitoba.

In 1990 Harper rose to national prominence for his opposition to the Meech Lake Accord. Harper initiated procedural delays in the Manitoba legislature that threatened to extend the vote beyond June 23, 1990, the deadline established for the accord. The Manitoba premier, Gary Filmon, needed all MLAs to approve the procedure for ratifying the accord. Eight separate times Harper refused to give his consent, on the grounds that First Nations had not been consulted or recognized in the constitutional discussions around the Meech Lake Accord. When the Legislative Assembly of Manitoba adjourned on June 22, it had not voted on the accord. Clyde Wells, in response to Harper’s initiative, refused to take a vote in Newfoundland, arguing that the situation in Manitoba made it irrelevant. As a result, the deadline passed and the accord collapsed. Harper made news stories across the country, and the Canadian Press voted him Newsmaker of the Year for 1990.

Harper entered federal politics in 1993 when he was elected as the Liberal candidate for the riding of Churchill; he served as MP for that riding until 1997. In 1999 he was appointed a commissioner of the Indian Claims Commission. He continued to support initiatives to improve the lives of First Nations peoples and was involved in humanitarian and charitable causes abroad.

Harper died in Ottawa on May 17, 2013 from cardiac failure caused by complications from diabetes. His body lay in state at the Manitoba legislature, and hundreds lined up to pay their respects to the man who said, “No.”