BuzzFeed Media Editor Craig Silverman will be at King’s on Nov. 7 to deliver the keynote address in the 2019 Joseph Howe Symposium 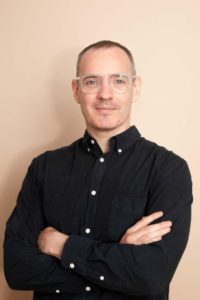 Journalist Craig Silverman, who helped popularize the phrase ‘fake news’, will present the keynote at the 2019 Joseph Howe Symposium

A lot has changed since Canadians went to the polls four years ago, according to BuzzFeed News Media Editor and Halifax native Craig Silverman.

In the run-up to the Oct. 21 federal election, Silverman and his team were comparing the tone of election messaging in 2019 to that of 2015.

“I absolutely see a difference in a hardening of the tone,” he said over the phone days before this country elected a Liberal minority government. There was more hyper-partisanship and more targeted disinformation efforts in 2019 than in 2015,” Silverman says. “There’s definitely a change on that front.”

Silverman will bring election coverage analysis to King’s 2019 Joseph Howe Symposium when he gives the keynote address “Decoding the News: Truth and consequences in the 2019 federal election” on Nov. 7. Silverman may draw from the examples he and his team discovered this fall like a Buffalo man who was a surprise influencer and pro-oil industry videos skirting campaign disclosure rules.

Misinformation, disinformation, and media manipulation may be somewhat new to Canada, but Silverman has watched these menaces rear their ugly head all over the world for nearly a decade.

On the way, the award-winning journalist helped popularize the term “Fake News” and also wrote a long list of acclaimed articles looking at different threats to truthful journalism.

Sifting through all the misinformation is a full-time job in today’s political landscape, and it is non-stop: the Canadian election; ongoing Brexit negotiations; the Philippines and Brazil; and, of course, Silverman and his team are already preparing for 2020 U.S. election.

With so much attention given to misinformation, Silverman worries we’re heading down the wrong path. In the big picture, Canada doesn’t have it too bad, said Silverman. He said we can be somewhat relieved, but not too complacent. “I think we might get to a point where people become so distrustful of everything around them that they just assume that so much around them is fake,” he said. “And that is a dangerous place to be.”

Now based in Toronto, Silverman is eager to return to Halifax, his hometown, and share that message. “It’s always a pleasure when I get a chance to speak to people who are studying and engaged in journalism but also to broaden it out to the public as a whole and talk about these issues.”

He is bringing messages for both journalists and daily internet users trying to get-by in their digital worlds.

Journalists, Silverman said, need to carry a sense of awareness all the time. “This is a new reality of the information world that we live in. There is an abundance of information, which is a great thing,” he said. “At the same time, of course, by having lots of these wonderful new voices there’s also lots of other kinds of actors who come in. People who are masquerading as something that they’re not; people who are trying to scam others; people who are trying to trick and mislead and deceive and all these things.”

But being media literate, however, is not just a journalist’s responsibility. It affects everyone, Silverman said. “It’s about this new and chaotic information-environment that we are living in. How we navigate it; what we need to be aware of.”

He calls it “comparison shopping.” It’s easy to absorb everything you see browsing through your newsfeeds, but Silverman argues you should always be asking where this information is coming from. “Who is this website? Who is [behind] this app? Who [writes] this blog? And, also get a sense of where they’re getting their information from,” he said. “[Ask] those basic questions and then seeking out other sources.”