At its October 13 meeting, the King’s Board of Governors welcomed four new members: Jennifer Gray was appointed Board Secretary, Laurelle LeVert was welcomed as Diosesan Representative, and Catherine Anne Martin and Don MacLean joined the Board as Co-opted Members. 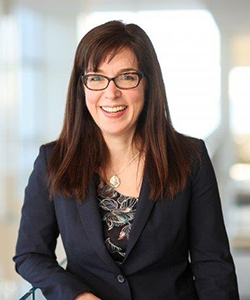 Jennifer Gray is a Partner and Project Management Professional for the law firm McInnes Cooper. Working primarily in the Halifax and St. John’s offices, she specializes in matters requiring expertise in project development and execution. Jennifer provides assistance on the scoping, planning and management of client projects involving significant legal activity, including: complex regulatory and commercial activities, construction financing and large procurement projects. Jennifer also provides project management expertise in relation to complex litigation, including regulatory proceedings and commercial arbitrations. She manages the activities of large legal and business teams to ensure that legal risks are considered and managed as part of an overall project schedule. Jennifer also provides advice on all aspects of public procurement, from planning for procurements to the preparation of proposal documents and the conduct of procurements.

Jennifer took the King’s Foundation Year Programme in 1989/90 and was a long-time member of the King’s Theatrical Society throughout her following years at Dalhousie. Jennifer holds a BA (Hons) ’94, as well as her LL.B and Master of Library and Information Studies ’99 from Dalhousie. Jennifer is a member of the Nova Scotia Barristers’ Society, the Canadian Bar Association, the Project Management Institute (PMI) and the Supply Chain Management Association (SCMA). 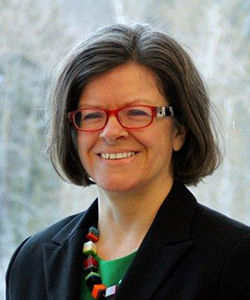 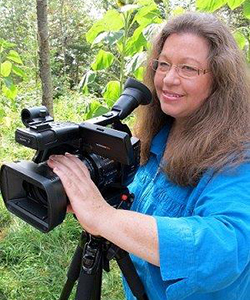 Catherine Anne Martin, is a member of the Millbrook First Nation, Truro, NS.  She is an independent international award winning film producer and director, a writer, facilitator, communications consultant, community activist, teacher, drummer, and the first Mi’kmaw filmmaker from the Atlantic region. She is a past Chair of the Aboriginal Peoples Television Network (APTN) and served on the board for the first five years of its inception. She has contributed to policy and institutional change to make cultural and arts more accessible to First Nations artists. Her contributions to film, television and digital media in Atlantic Canada were recognized with a WAVE Award from Women in Film and Television Atlantic. Catherine has contributed to the development of many programs to advance the education of Mi’kmaq and Indigenous women and youth in the Atlantic Region and across the country, including the Certificate in Community Health at Dalhousie for women in Mi’kmaq, Maliseet, Innu, and Inuit communities, the Indigenous Black and Mi’kmaq Law Program also at Dalhousie, and the Indigenous Women in Community Leadership program at the Coady International Institute at St. Francis Xavier University.

Catherine currently sits as the 14th Nancy’s Chair in Women’s Studies at Mount Saint Vincent University. She holds a Bachelor of Arts in Theatre Arts from Dalhousie University, a Master’s in Education/Media Literacy from Mount St. Vincent University, and a certificate in Conflict, Negotiations and Mediation from Henson College. 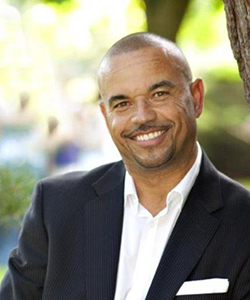 Superintendent Don MacLean has held various positions in the Halifax Regional Police, from his beginnings as a beat cop to his current assignment as the Officer in Charge of Human Resources. First promoted to Sergeant as a shift supervisor, he then became the first Equity Diversity Officer in the history of Halifax Regional Police. In this position, he was instrumental in the organization’s response to Nova Scotia Human Right’s Commission inquiry relating to Kirk Johnson. In this role, Supt MacLean cultivated significant experience in areas of training, community outreach, recruitment and dispute resolution. He also developed and delivered extensive training in diversity related matters in the policing environment as well as leading efforts pertaining to inclusive police recruitment practices.

Promoted to Staff Sergeant and assigned as the Divisional Commander of East Division in 2007, Supt MacLean provided strategic leadership with a strong and dedicated focus on crime reduction through targeted enforcement and proactive engagement. During this time, East Division saw a steady decline in violent crime statistics and Supt MacLean attained his current rank while in this position.

In 2011, he became the Executive Officer to the Chief of Police, serving under two successive Chiefs. He served as the Disciplinary Authority until his current assignment and has lead the vital office of Professional Standards. Supt MacLean oversaw the creation of the Office of Internal Oversight and has successfully assumed acting rank duties for both the Deputy and Chief positions. He was transferred to Administration Division in May of 2015, as the Officer in Charge of Human Resources responsible for approximately 800 employees.

Supt MacLean attended the University of King’s College and has continued his education through St Mary’s University Executive and Professional Development, Dalhousie College of Continuing Education, Canadian Police College and the Simon Wiesenthal Center. A life-long resident of Halifax, Don also serves on the Board of Directors for St John Ambulance, Community Justice Society and The Africville Heritage Trust Society.