A decade ago, King’s launched a summer school on computer-assisted reporting. It was 2008, and 14 intrepid journalists came to King’s to learn how to use data to tell meaningful stories. 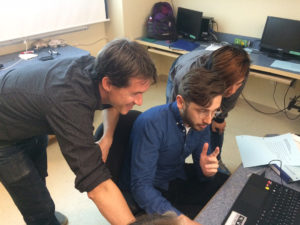 Since then, almost 150 people have enrolled in what are now the King’s Summer Schools in Data Journalism. They’ve come from across Canada—from the northern tip of Newfoundland to Calgary—and from newsrooms small and large, including the Toronto Star, Globe and Mail, Canadian Press and the CBC.

“We had no idea then that a decade later we’d have established a new tradition at Canada’s oldest chartered university,” says Fred Vallance-Jones, King’s Associate Professor of Journalism and a pioneer in data journalism in Canada.

Alex Boutilier, BA(Hons)’09, a journalist with the Toronto Star in Ottawa and a National Newspaper Award nominee for political reporting, is one of the program’s alumni. He was covering the Federal Conservative Party’s leadership race last year, after which the Party released detailed data on how the vote broke down.

“I was able to get a basic grasp of what the data was and how it could be used,” Alex says. “In the end, we got a detailed map of Conservative supporters across the country—who voted for whom, and what priorities and values that could signal in the party’s base.”

Alex says he enrolled in the data school to learn to work with more complex data sets than he could previously handle with basic knowledge of Excel. “The course provided me with literacy, and I like to think that literacy makes me a favoured colleague with our data folks at the Star.”

In 2018, there are two separate streams being offered: one in basic data skills (June 18 to 23) plus one in mapping (June 25 to 29). Also this year, for the first time, a King’s data journalism school ran in Toronto through a partnership with Ryerson University.

Data about the data school

Using GIS software, we’ve compiled a map that shows where 10 years worth of data school participants have come from.


“Over the years, the data schools have changed, but one thing has not changed: King’s offers the best data journalism training available in Canada,” says Tim Currie, Director of the School of Journalism.

The School has long been renowned for its Bachelor of Journalism (Honours) degree and post-graduate one-year Bachelor of Journalism degree. In recent years, it has also offered a Master of Journalism in partnership with Dalhousie University, which offers a focus on investigative and data journalism. Establishment of the master’s degree, says Tim, was made possible in part because of the success of the data schools.

Robyn Doolittle of the Globe and Mail has won a series of top journalism prizes, including the 2018 Michener Award, considered the top reporting honour in Canada, for her series “Unfounded.” It probed the high rate of sexual assault allegations dismissed as unfounded by police forces across Canada.

“Not since my first-year print class in journalism school have I got more out of a course. The King’s Data School was totally inspiring and provided me with tools that I think have become essential for anyone interested in investigative journalism,” Robyn says. 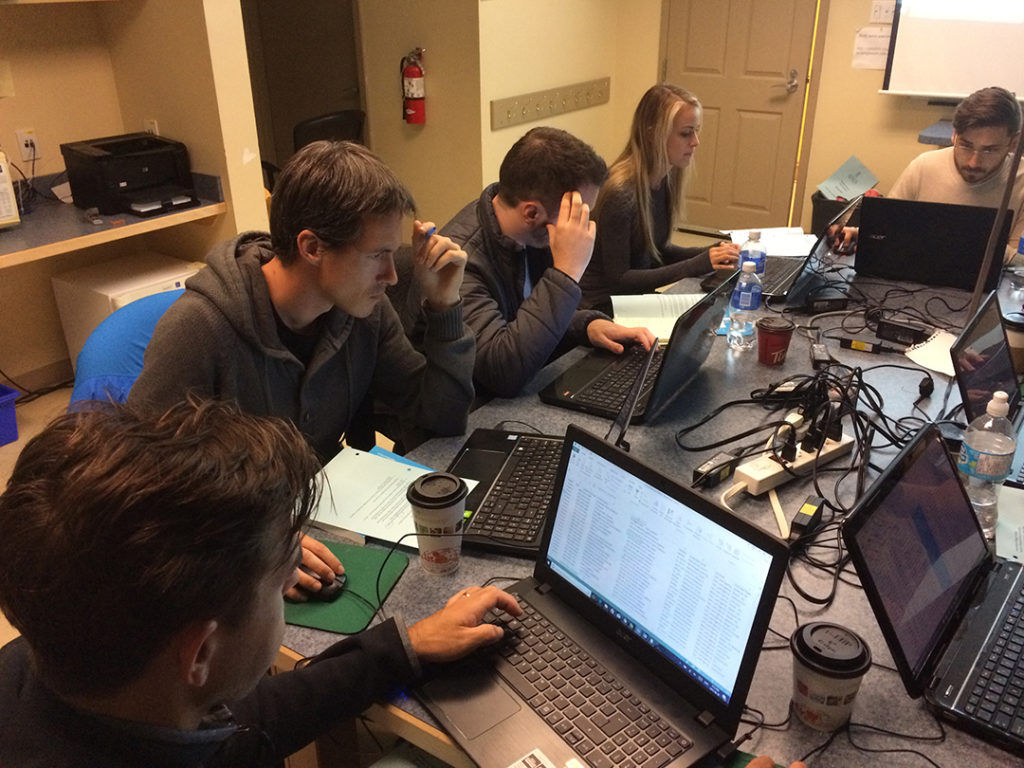 Michael Tutton, a reporter with the Canadian Press in Halifax, says the data school was an important transition point in his career.

“This was a fundamental shift in how I thought about journalism and how I did my job as a journalist. I worked from large amounts of data showing empirical evidence of a major problem and then worked down to the often haunting human stories that lay behind the numbers [around abuse in nursing homes and care facilities for people with intellectual disabilities] and to the systems that ultimately led to the disturbing data,” Michael says. “A decade later, I’m still covering the issues some of these stories originally brought up.”

This year, the data schools are sponsored by Esri Canada and Investintech Inc. School partners are the Dalhousie Libraries GIS Centre and the Ryerson University School of Journalism.

“We’re proud of where we’ve come, and excited about where we go next,” Fred says.

King’s President William Lahey says the summer data schools are an important contribution to the strengths of King’s Journalism School.

“We remain cutting edge because we give people the skills they’re increasingly going to need to do the important, investigative journalistic work that illustrates patterns and trends, and holds power to account,” Bill says. “I congratulate Fred and the School for reaching this 10-year milestone and I know the impact and need for the data schools will continue to grow in the next 10 years.”