Like many King’s students, my high school experience was dominated by curiosity: I was hungry to know more about the logic of the natural world, and how people through the ages have grappled with big questions about the universe. Science seemed like a great way to study this, but instead of satisfying my curiosity, high school science courses constrained it, forcing me to memorize isolated facts untethered from the context of their discovery. My first-year introduction to the History of Science and Technology (HOST) was a revelation: I got to peer at the logic and order of the universe through the eyes of countless people who had attempted to study it, and often I found the historically rooted, human story of those attempts just as interesting as their content. 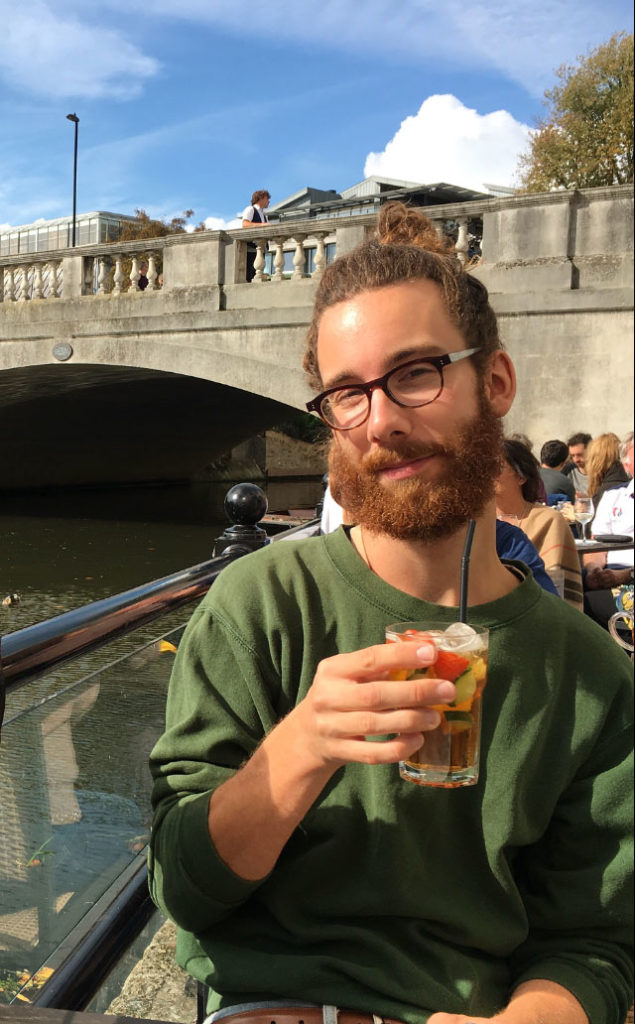 HOST graduate Matthew Green is pursuing a Master of History and Philosophy of Science at Cambridge.

I stuck with HOST for a couple of reasons. First, it’s an ambitious program, aiming to cover the entire history of the way humans have attempted to study nature and themselves. I liked that I was never limited to a particular time period, and could draw comparisons between Greek pre-Socratic philosophy and the use of metaphors in modern genetics. And secondly, as I learned more about the place of science in society, I found that some really important decisions about health, social justice, and the general well-being of people and the planet were being made by appealing to scientific knowledge. It felt both responsible and empowering to learn more about the various methods, values, and assumptions that shape science as a form of knowledge and as a social institution.

After graduating with a combined BA in HOST and Classics in May 2017, I went on to pursue a MPhil in History and Philosophy of Science at the University of Cambridge. The writing and critical thinking skills that I gained at King’s played a fundamental role in my research on subjects as diverse as climate change denial and the use of teaching models in early twentieth-century genetics. I now work as a Collections Assistant at the Whipple Museum for the History of Science at the University of Cambridge, where my curiosity is fed by all of the weird and wondrous scientific instruments whose use it is my job to uncover.