Finding your voice on a campus that values conversation and debate is not always a straightforward process. Jess Simm experienced this first hand. 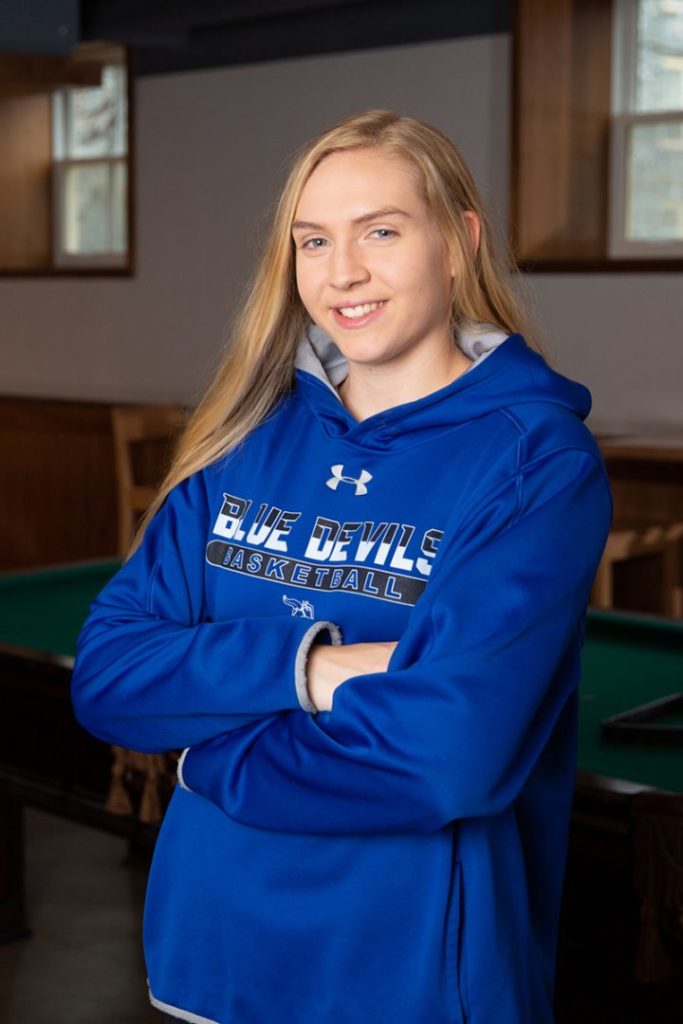 Jess came to King’s in 2015 to play basketball with the UKC Blue Devils and for the Foundation Year Program (FYP). Today she is captain of the women’s basketball team and a fourth-year student with a combined major in International Law and Law, Justice and Society.

But she says her shyness has resulted in challenges along the way.

She recalls 2015 orientation week. “I was just kind of more like a quiet observer than actively participating in a lot of it,” Jess says — that is, until the scavenger hunt. “That was a lot of fun. I remember going through Halifax and that was awesome.”

Jess found her groove and once classes began, she settled in as a FYP student. She enjoyed reading and philosophy during high school, and discovered that FYP helped her deepen her thought process and look at things more critically. But she wasn’t speaking up during FYP tutorials. “I loved sitting there and listening to what everyone had to say, but I was never one to just insert myself into the conversation,” Jess says.

Her tutors noticed her reticence. “They were just really great at encouraging me to talk even though they knew I didn’t want to, and it wasn’t in a way that made me uncomfortable. It gave me the kind of push that I needed.”

Jess is from Hammonds Plains, N.S. and has always commuted to campus as a day student. Her schedule is busy but not unmanageable. “I’ve been playing sports since I was a little kid,” says Jess, who’s also a competitive ultimate frisbee player. “Being a student-athlete is definitely a lot of commitment, but I’ve never found that I don’t have enough to time to study.” 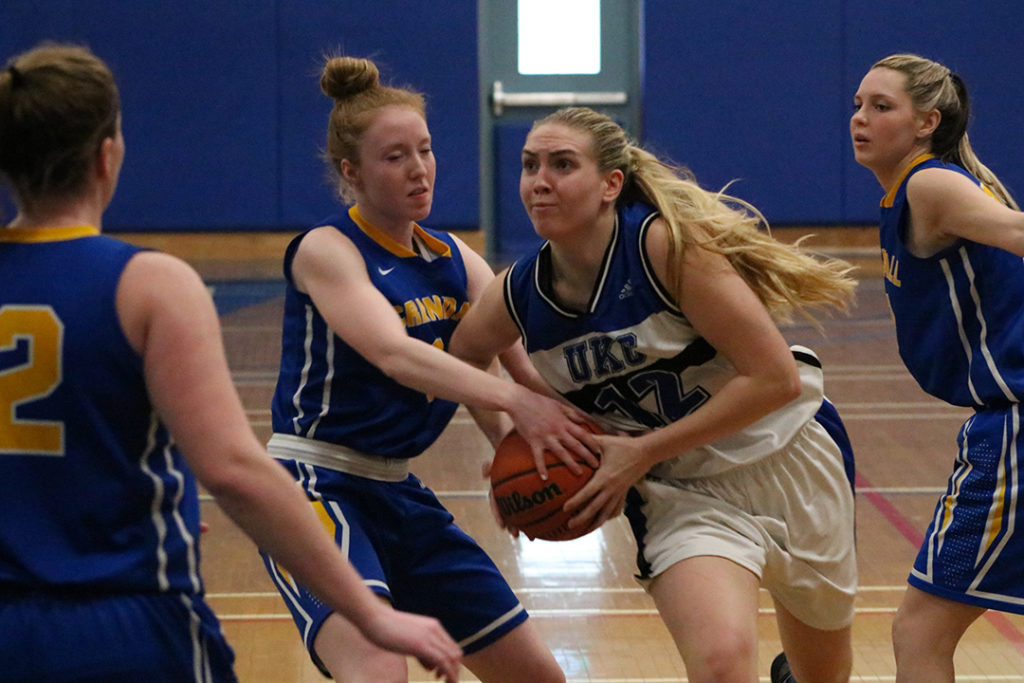 Jess credits becoming captain with helping her develop leadership skills. “As soon as I was put in that position, I felt like it was kind of natural. I learned really quickly what I had to do to be a leader and what my team needed from me as a leader.”

She believes that in the future what she’ll remember most from her time at King’s is basketball, but also the gentle nudging that has helped her excel. “My tutors pushed me out of my comfort zone and made me better, and basketball has done that for me as well.”

The women’s basketball team is holding tryouts from Sept. 11 – 13 in the King’s gym. Walk-ons are welcome.