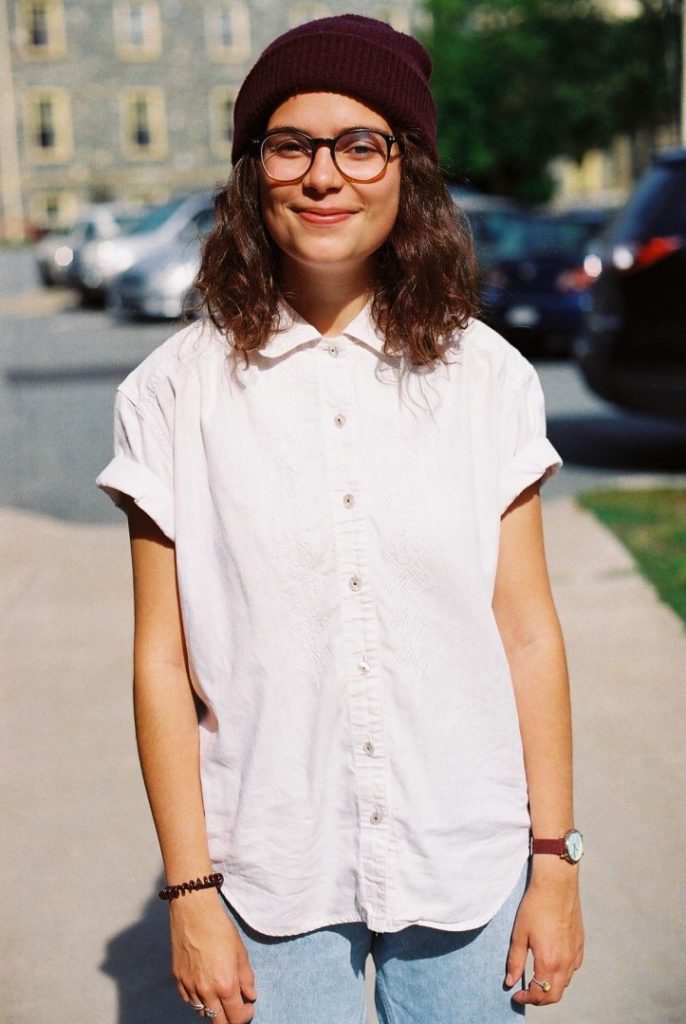 Bella Larsen is in her second year at King’s. She’s accessed peer support and is now a peer supporter herself.

Last year, during Bella Larsen’s first year at King’s—and her first year away from home—a close friend of hers died by suicide. She had been Larsen’s first love, and someone she’d known since she was 15. Larsen was devastated. She sought help at King’s Peer Support program.

“I felt so safe and so heard,” says Larsen.

The program guided Larsen through a difficult time in her life. So, at the end of the school year when she saw a job posting to become a peer supporter at King’s, she jumped at it. She wanted to give back to the King’s community. Now Larsen is one of the peer supporters who talks with other students about their mental health.

“We all talk about how important it is to reach out, but we don’t talk about how one does that,” Larsen suggested. “That is the beauty of this space. It’s just a place to talk if you’re having a bad day or going through something huge.”

The Peer Support Program started in October 2015 as part of the Stay Connected Mental Health Project, which created a link between universities and hospitals in Halifax to better serve students who need different types of support. The initiative was started by the family of Alex Fountain. Fountain (in whose name the Fountain Lecture also happens annually) was a student at King’s when he took his own life in 2009. 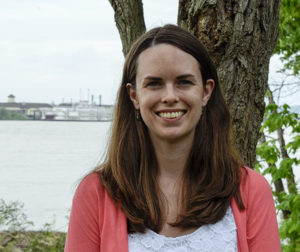 Virginia Wilmhoff is the Assistant Dean of Students at King’s.

“A lot of students, when they first come to university, they are away from home for the first time,” explained Virgina Wilmhoff, assistant dean of students. “They don’t have those support systems that they originally have at home. So, it can be really difficult.”

“Knowing that there are other students like them who they can go and talk to, means that they don’t feel so alone.”—Virginia Wilhoff, assistant dean of students

Funding from the Fountain family allows for two peer support workers at King’s. The positions are filled by students, like Larsen, who have overcome some challenge in life. The peer supporters receive training and can refer to more professional services when they need them.

“One protective factor with suicide is having community support,” said Wilmhoff. “And knowing you are part of a community and you’re not alone.”

Sometimes, students just need talk to someone. Larsen says the friend she lost to suicide was reluctant to seek help, which motivated Larsen to make others aware that there is help available to them. “We are here for you. You are important,” Larsen said.

“Knowing that there are other students like them who they can go and talk to, means that they don’t feel so alone,” Wilhoff said. “They know they are part of a community that cares.” That care shows, according to Wilmhoff, “because students actually do use [the Peer Support program].”

Find more information on the King’s Peer Support program. King’s will have also activities on campus next week in an effort to bring awareness to mental health and the services available to students.