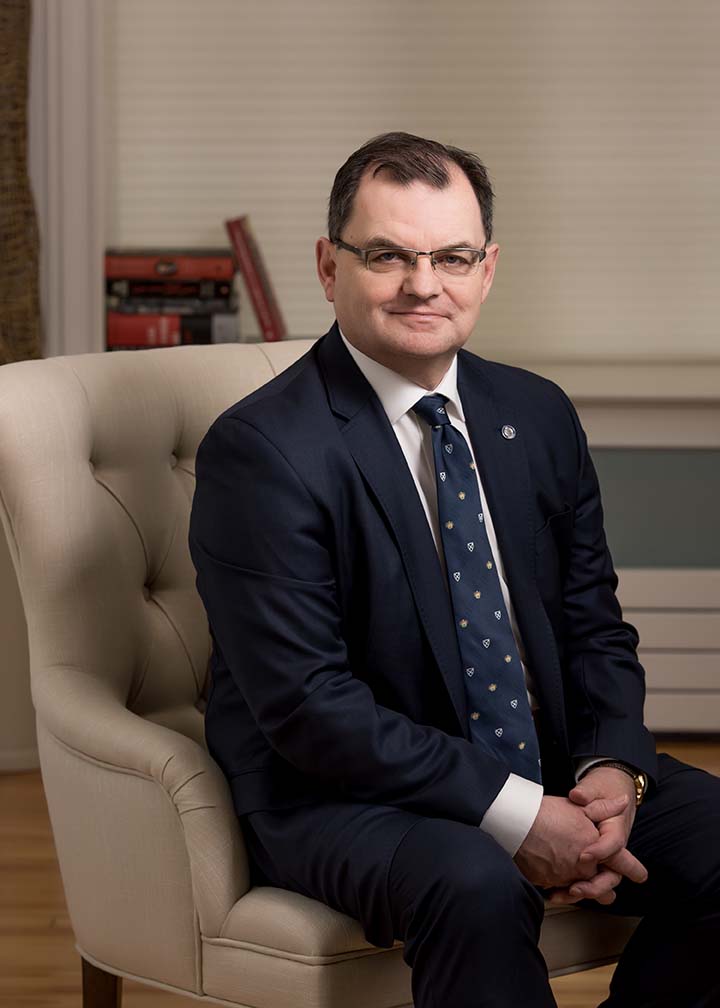 President and Vice-Chancellor William Lahey was appointed Chair of the Council of Nova Scotia University Presidents.

Professor William Lahey, President and Vice-Chancellor, University of King’s College, has been appointed Chair of the Council of Nova Scotia University Presidents (CONSUP).

CONSUP is an advocacy organization representing Nova Scotia’s ten universities across the province.

Prof. Lahey said that CONSUP remains strongly committed to fulfilling the visionary goals of the One Nova Scotia Report which declared that “universities represent one of Nova Scotia’s greatest comparative advantages.”

In addition to being an important part of Nova Scotia’s education system and of its social and cultural fabric, Nova Scotia’s diverse universities are a key driver of the provincial economy and are the third largest export revenue sector behind tire manufacturing and seafood preparation and packaging. The combined annual value of student (international and out of province) and research exports is $866 million annually.

Prof. Lahey noted that one of the most critical challenges facing Nova Scotia’s universities is the ongoing issue of accumulated deferred maintenance.

“It is imperative that Government recognize the absolute need for significant investment in campus infrastructure to ensure the accessibility of higher education in Nova Scotia and institutional compliance with Bill 59 (The Accessibility Act) as well as to help address aging information technology systems.  Nova Scotia’s universities are among the oldest in the country, making these issues that much more acute,” noted Prof. Lahey.

He added that Nova Scotia’s universities work in close partnership with the Nova Scotia Government on collaborative initiatives to meet the objectives of the NS Accessibility Act; creating healthy campuses with a special emphasis on prevention of sexual violence and, improving student mental health services as well as fulfilling the Truth and Reconciliation Commission’s Calls to Action for post-secondary education.

In 2018, Prof. Lahey authored an Independent Review of Forestry Practices in Nova Scotia on behalf of the Government of Nova Scotia. He is also member of the faculty at Schulich School of Law, Dalhousie University.