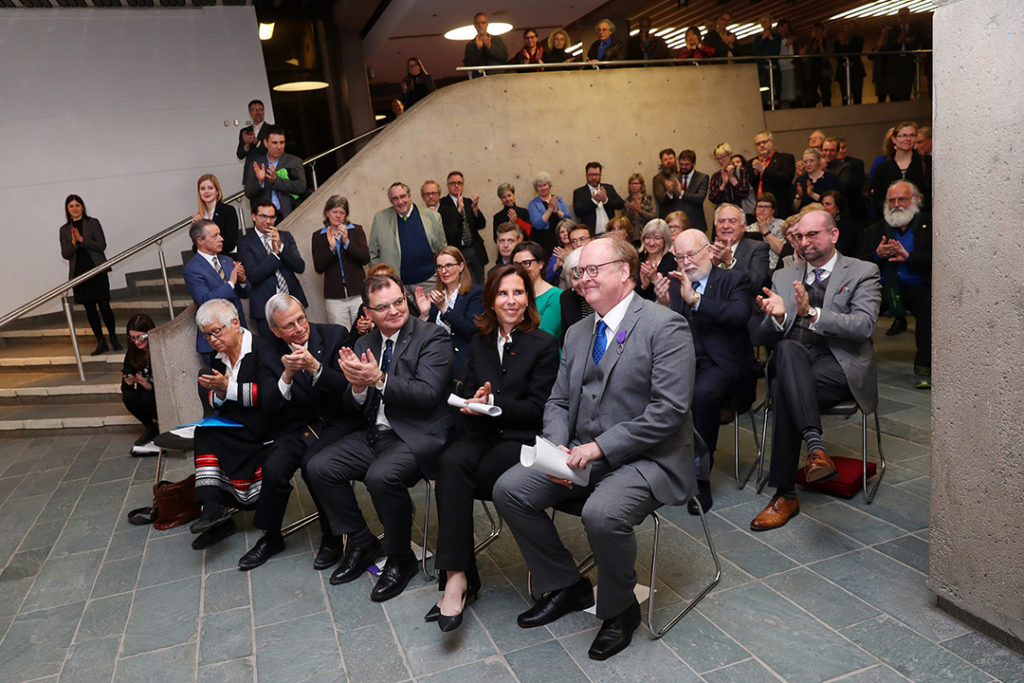 On Monday, April 15, King’s faculty member and Chair of Dalhousie University’s French Department, Dr. Chris Elson, was invested into the Ordre des Palmes Academique (Order of Academic Palms), a national order bestowed by the French Republic to distinguished academics and figures in the world of culture and education. The French Ambassador to Canada, Kareen Rispal, was in Halifax for the investiture ceremony which took place in the Dalhousie Arts Centre. King’s President William Lahey was among the speakers to congratulate Dr. Elson (along with Dalhousie’s Faculty of Arts and Social Sciences Dean Frank Harvey and Dalhousie’s President Peter MacKinnon). This is a transcript of President Lahey’s speech. 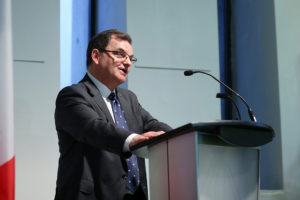 Like Dean Harvey and President MacKinnon, I would like to recognize and thank Your Excellency, Ambassador Rispal and your colleagues for being here at Dalhousie and King’s and in Halifax to honour our colleague and friend, Dr. Elson, with this great honour.

It is a pleasure and honour for me to represent the University of King’s College in saying a few words in honour of our beloved colleague, Dr. Elson, on the occasion of his investiture in the Order de Palme des Academiques.

After teaching for a year in Lille, he returned to Halifax and completed an MA in Dalhousie’s Department of French.

He was a tutor in King’s Foundation Year Program before resuming graduate studies at The University of Paris. There, he focused on the relation of contemporary poetics and ethics. And every year now, his bright yellow Sorbonne robes and outstanding hat are possibly the most striking regalia in King’s Encaenia procession. While the regalia of the rest of us attracts some attention, it is when people see Dr. Elson that they say, “Ok, things are getting serious now.” 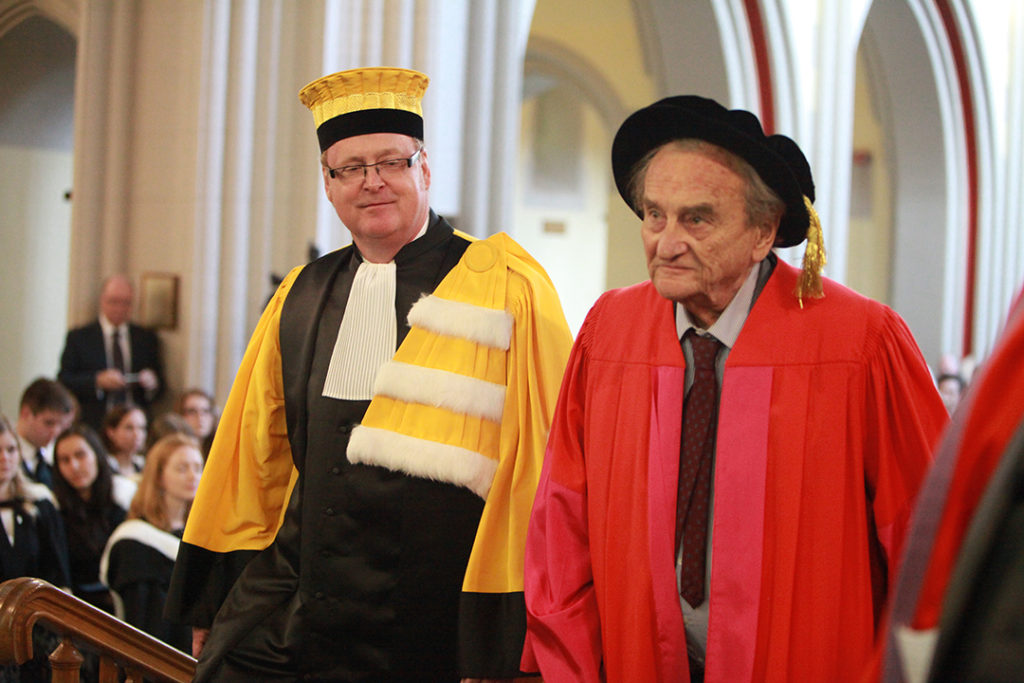 A true Renaissance man, Chris has great passion for music. He sings in the King’s Chorus and has played jazz piano on the Bateaux Mouches along the Seine River in Paris, and in the bandstand at Halifax’s Public Gardens. I happen to know from personal experience he has also played country and western music from that bandstand—if you want the evidence, check out my twitter feed: I was hiding behind a bush.  Chris’s comprehensive love for music has gone beyond the performance stage—he has also served on the board of the Halifax Jazz Festival, including a term as president.

Chris is one of the world’s foremost experts on Canadian writer Scott Symons and French poet and thinker Michel Deguy. He’s admired as an astute editor, translator, and writer. But despite expertise in some of the most challenging philosophy and poetry ever written, he’s also remarkably down to earth. An elderly Mennonite woman, after meeting Chris, even said: “I didn’t realize that he was a professor. He was so nice I just assumed he was a plumber or something.” In addition to being very complimentary of Chris, this story may say something about the relative public esteem for plumbers and professors! 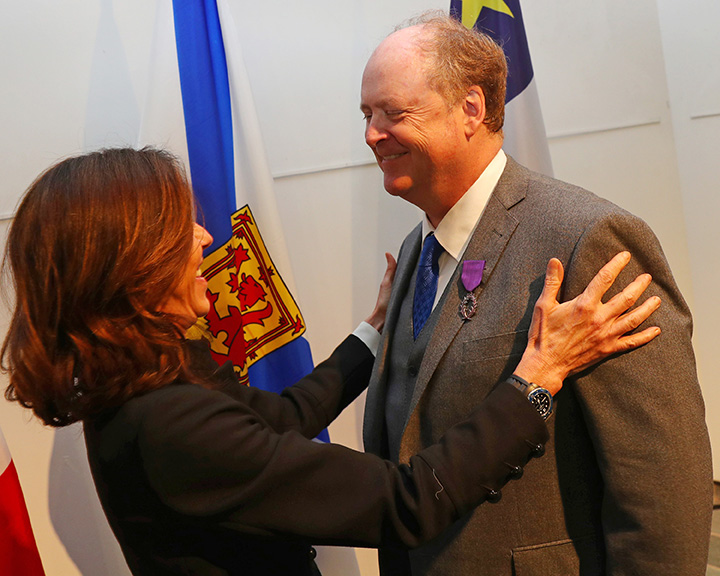 He taught at the University of Regina before returning permanently to Nova Scotia to teach at King’s and Dalhousie. He was King’s vice-president from 2006 to 2010, and today is Professor of French and Canadian Studies at King’s and Dalhousie, and Chair of Dalhousie’s French Department. As a King’s-Dalhousie Carnegie Professor, Chris is a wonderful ambassador for both our universities; the true embodiment of how we are better together. He exemplifies King’s interdisciplinary approach to the humanities, weaving poetry, literature, philosophy, film and music into his classes.

And though it is befitting that France is now inducting Chris into its prestigious Ordres des Palmes Academique, a high honour for distinguished academics that mints him as one of their own, Chris still remains very Canadian: thoroughly engaged in the life of his native community, a scholar of both Canadian and French literature and thought, elegant in both English and French while studying the language of Nova Scotia’s first peoples, the Mik’maq—AND a huge hockey fan with a truly excellent wrist shot! Now that is something I did not know!

So Chris, congratulations on the knighthood … but also on that wrist shot!