King’s student isn’t sure what her future holds, but is certain the Foundation Year Program has given her options

King’s student isn't sure what her future holds, but is certain the Foundation Year Program has given her options

Sitting at home in the tiny island village of Sointula, B.C., Molly Lash-Burrows had a plan when she began applying for universities.

“I wanted to kind of explore Canada,” she said. “So, I specifically only applied to schools on the East Coast, and King’s was my favourite.” 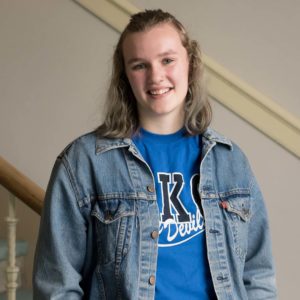 Though she travelled over 4,600 kms to come to Halifax, the bright and athletic young British Columbian didn’t know yet that the greatest journey she was about to embark on was internal.

“The Foundation Year Program (FYP) was totally different from what I expected,” Lash-Burrows said. “A lot of the times you’re faced with challenges that you can’t just apply yourself to and work through physically,” she said. “You have to think about and take a second to kind of be with yourself and think things through, which is very different from anything I experienced in high school.”

That introspection changed Lash-Burrows. So did the lectures. She would walk out of them with a new mindset. “You’re like, ‘Wow, I’ll remember this moment for the rest of my life,’ because it’s something you never thought about.”

“You’re like, ‘Wow, I’ll remember this moment for the rest of my life,’ because it’s something you never thought about.”

Most days, FYP students attend morning lectures with the entire first-year class. In the afternoons, they break into small discussion groups (called “tutorials”) led by faculty (“tutors”) with about 15 others to discuss the books they’re reading.

Lash-Burrows found community all around her. She was experiencing the life-changing moments with classmates and friends. “I don’t know what I would do without my tutorial, because it was such an important part in FYP.”

They were all in it together. They bonded. And they got through it with the support of one another. “It was an awesome experience. The people that were in my tutorial, we’re all really close—we studied for exams together, and one of my best friends I got from being in that tutorial.”

“The Foundation Year Program specifically will definitely point me in the right direction.”

Being part of the King’s living and learning community, Lash-Burrows quickly realized she was getting an education outside the classroom as much as in it. Living in residence brought another layer to the tight-knight community ethos at King’s. 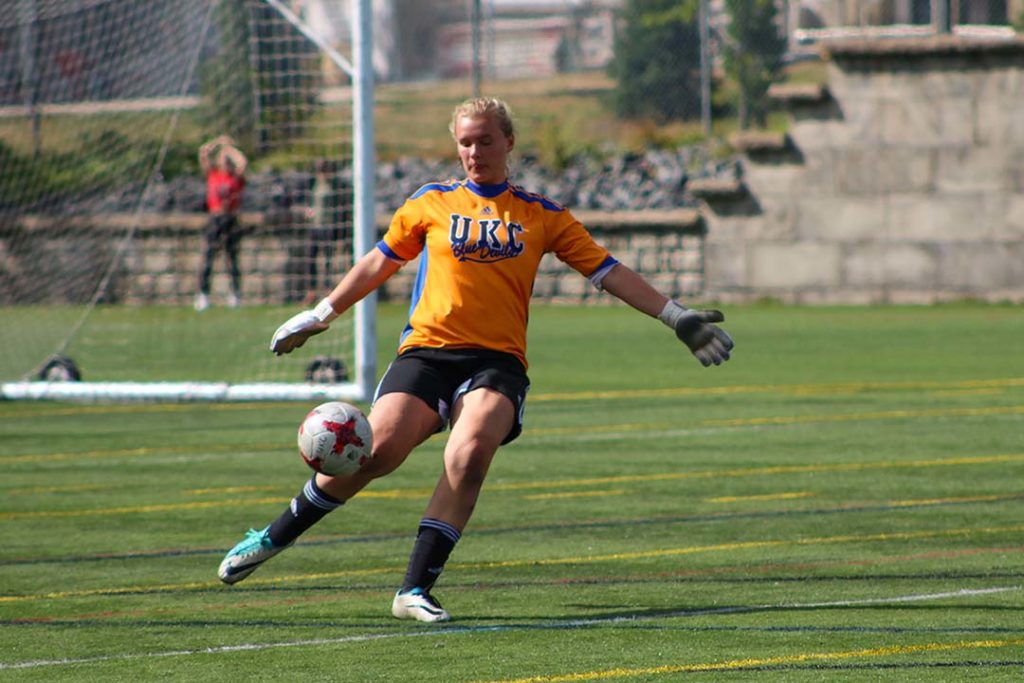 Molly is the keeper for the Blue Devils women’s soccer team, and won King’s women’s Rookie of the Year in 2018/19.

“You’re just so close to everyone who’s going through the same experience as you,” she said. “I think [living in residence is] definitely an important part of the bonding that you get in FYP.”

Lash-Burrows, now a second-year student, is also a multi-sport athlete, playing on both the Blue Devils soccer and badminton teams, and she was named Rookie of the Year for 2018-19. “I found my three best friends in the soccer team, so it was really awesome,” she said. “You just have a sense of community in the sports at King’s, and so you really learn to appreciate it.”

Lash-Burrows is not sure where her education will take her. And she’s totally cool with that. “Even though I don’t necessarily know where I want to go because there’s so many options right now, and I’m still so young, I know that the Foundation Year Program specifically will definitely point me in the right direction.”