Cassie Hayward grew up in Dartmouth, a long way from a farm. But today, her passion for sustainable agriculture and food security found her representing Canada on the winning team at the 2017 Youth Ag-Summit, held recently in Brussels, Belgium. Their project proposal – an online information portal for young Kenyan women seeking opportunities in agriculture – will come to fruition over the coming year, thanks to a €10,000 grant from life sciences giant, Bayer.

“I was raised in a low-income family, one of four kids with a single mom, so we didn’t have a lot of opportunities,” Cassie recalls. “But completely by accident, I was introduced as a teenager to 4HRM, a new urban version of 4H, an amazing leadership program usually associated with rural youth.”

“Agriculture is probably one of the biggest growth industries over the next 20-50 years. And we’re hoping this next agricultural boom will have a different face: sustainable, organic, maybe vertical urban farming. Who knows? But it has to be young people who make that push.” 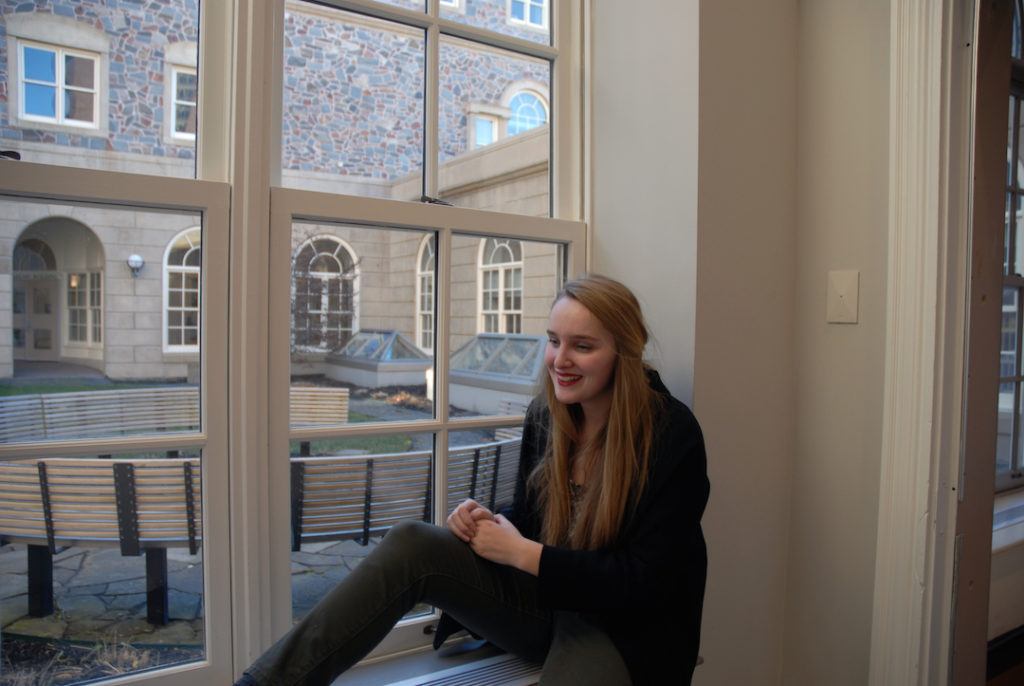 Today, Cassie is a third-year student in political science and sustainability at King’s. In October, her passion for food security and sustainable agriculture resulted in her being selected as one of four young Canadians, aged 18-25, to attend the prestigious international Youth Ag-Summit.

“Agriculture is probably one of the biggest growth industries over the next 20-50 years. And we’re hoping this next agricultural boom will have a different face: sustainable, organic, maybe vertical urban farming. Who knows? But it has to be young people who make that push.”

Over the course of a week, the 100 delegates representing 49 countries worked in teams, each tackling the challenge of how to feed a growing world population, sustainably. Using one of five UN Sustainable Development Goals (SDG)—gender equality, climate action, innovation, responsible consumption and production and quality education—each team set about developing workable solutions.

“It was incredible to be in space where you’re literally from around the world, collaborating on something you’re all passionate about,” says Cassie, a third-year student in political science and sustainability. Together with colleagues from Salvador, Colombia, Ireland, the Ukraine, Denmark, Tanzania, Kenya, India and Indonesia, Cassie’s team had four days to design a project focussed on promoting gender equality in food security.

“With 10 people on a team, it’s all about collaboration and allowing everyone the time and space to contribute,” Cassie explains. “With such a diversity of experience and perspectives, you need to understand issues from these other points of view to create something awesome.”

After beginning, then abandoning, one concept, Cassie’s team embraced the idea of a digital platform designed to encourage young Kenyan university women to consider agriculture as a career.”There’s still a lot of stigma and bias in some cultures and communities about women being involved in business, as it’s considered a ‘man’s job,'” says Cassie. “We want our site to serve as a resource, providing access to information on agricultural education, local financing options, and scholarship and bursary opportunities in local communities, while connecting the users with female leaders and mentors.”

“Addressing a systemic issue as big a gender equality requires targeting a segment of the population most able to make effective change: young university women. We wanted to facilitate a platform that really connects them to what’s going on and the opportunities open to them.”

And the Youth Ag-Summit judges and audience agreed. The group’s project, co-presented by Cassie and her colleague from Kenya, won the €10,000 first prize for its feasibility, innovation and creativity. In addition to the funding, the team will return to Europe to work with Bayer experts, who’ll train the students how to build the platform themselves. The team will also present their prototype to a group of industry representatives.

Once complete, the team hopes to pilot the site at an agricultural university in Kenya. “It’s like planting a seed: we’ll build the platform and let the university decide how best to use it, whether as a resource or part of a course.”

“The platform concept can be adapted anywhere in the world, in any local community,” adds Cassie. “That’s its beauty. That’s what makes it sustainable.”

For Cassie, being part of an international winning team was life-changing. “I’ve never felt more ‘in place’ ever before than at this conference,” she says. “I felt like I had come home—with 99 other people who felt as passionately about a topic as I did.”

Cassie credits the King’s community with helping to set her up for success. “King’s gave me the opportunity to learn a ton of new skills,” says the varsity rugby athlete and Students’ Union member, who also holds down three jobs on campus. “Here’s where so much of my personal education happened—and continues to do so.”