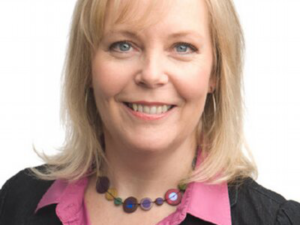 When Pauline Dakin arrived in August 2013 to begin her first summer residency in the new two-year MFA in Creative Nonfiction program at the University of King’s College in Halifax, she knew the book she intended to write. As the CBC’s health reporter, she’d already completed most of the research for the project. At a “pitch session” during the first week of classes, in fact, she outlined the project to her fellow students, mentors and faculty, who all responded positively.

“There’s this other story…” she began.

This one was personal, a secret so secret she hadn’t even told many of her closest friends and family. “One of the great mysteries of my childhood,” she explains today, “was why did my family suddenly disappear without a trace — twice? Why did we run away from our lives and start over?” She was in her twenties before she got an answer. “We were on the run from the mafia,” she was told.

But that, it turned out, was just the beginning and not the end of her journey to understand the truth of what had really happened, the impact on her family, and her ultimate discovery of the “terrible betrayal” at the heart of the mystery.

“Once Pauline told us her story,” recalls Don Sedgwick, the Executive Director of the King’s MFA program, “there was no question for any of us that this was the book she had to write.”

The immediate affirmation of her classmates, mentors and faculty helped convince Dakin to pursue the project. “The MFA was like a ‘sheltered workshop’,” she says now. “I’d never written a book before, and certainly never something so personal. The program gave me a structure and the support I needed to help me to write it.”

Penguin Random House Canada will publish Pauline Dakin’s powerful memoir, Run, Hide, Repeat in September 2017. The contract was negotiated by the Transatlantic Literary Agency, which has offices across Canada.

Dakin, who was a member of King’s first MFA graduating class in May 2015, is just one of seven students and graduates who already have contracts for their MFA book projects. “And we expect there will soon be more,” says Sedgwick. “Another four — at least — have signed with literary agents. We know there is real interest from publishers in what our students are writing.”

The Master of Fine Arts in Creative Nonfiction degree — a joint offering of the University of King’s College’s School of Journalism and Dalhousie University’s Faculty of Graduate Studies — is the only program of its kind in Canada.

During the two-year limited residency degree, students attend two intense summer residencies in Halifax. They also travel to Toronto and New York on alternating years for publishing-focused winter residencies, and they work one-to-one with professional writer-mentors to develop their own book proposals and projects.

The program is currently accepting applications for summer 2016. A limited number of student bursaries are available for new students. You can find more information about the program here.