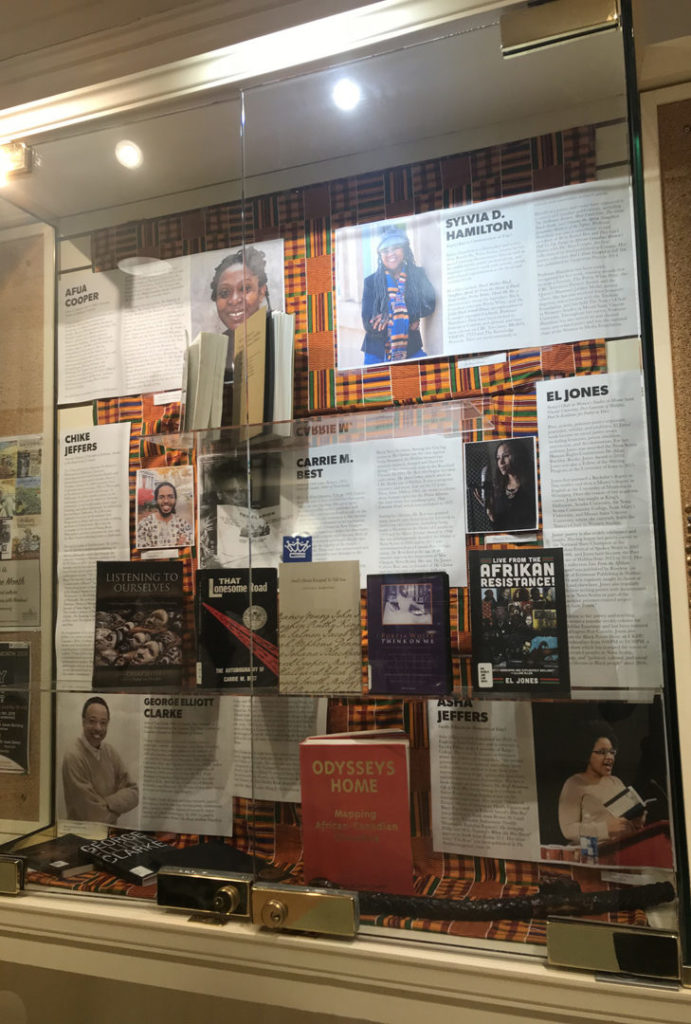 A display on the second floor of the New Academic Building (NAB) at King’s celebrates African Heritage Month. It features texts that reflect local scholarship on the history of African Canadians and short biographical sketches of local Black scholars to highlight their work and contributions to the local academic community.

“The case is a mini-forum for conversations,” says Dr. Dorota Glowacka, King’s professor of humanities and chair of the University of King’s College Board of Governors Equity Committee.

Dorota adds that while the display is a focal point that celebrates the achievements of African-Canadians, it may also draw attention to the lack of representation campus-wide for diversity.

Dorota explains that the display serves to generate a desire to change the look of the university, whose decor she describes as predominantly colonial, and to get King’s thinking about these issues on a daily basis. In addition to her work on the equity committee, Dorota has taught critical theory, Holocaust and genocide studies, and theories of gender and race in the Contemporary Studies Program since 1995. She also lectures in the Foundation Year Program and at Dalhousie University. Her courses include a class called “Ideas of Race.”

Dorota says while it’s hard to turn a critical gaze upon ourselves, it is a necessary first step toward change. “We should welcome critical feedback because there is no other way to move forward” Dorota says. “Maybe even more forcefully now than ever before people are noticing issues of representation,” which she says makes her hopeful and inspired to try to change things and facilitate improvements. “It’s important work.”

The King’s Bookstore is also featuring a display of books by Black authors in celebration of African Heritage Month, with the additional explanation that the authors featured deserve recognition during the other 11 months of the year, too.

Authors that deserve recognition during the other 11 months of the year too. #blackhistorymonth pic.twitter.com/BNTnI1N390