Before Tundè Balogun, BJ’18, even had his journalism degree in his hands, he knew what he was going to do after graduating from King’s. He was determined to create an independent media company that investigated issues facing African-Nova Scotians. In October, Balogun officially launched “The Objective News Agency.”

“Our community has been neglected [in the media],” Balogun asserts. “Which is fine because I don’t think it’s other people’s role to tell our story.” Balogun had been sitting on this idea for several years. When pursuing it earlier this year, however, he quickly realized he couldn’t do it by himself. “If I was going to do it with someone else, I needed the best. I could only work with the best.”

Enter classmate Sandra Hannebohm, BJ’18. She says she was lucky that Balogun reached out to her to and asked her to be the lead investigative journalist. “I was just lost after graduating, [and] looking for somewhere to go. [I wanted] to find a media outlet I would be proud to work for.” 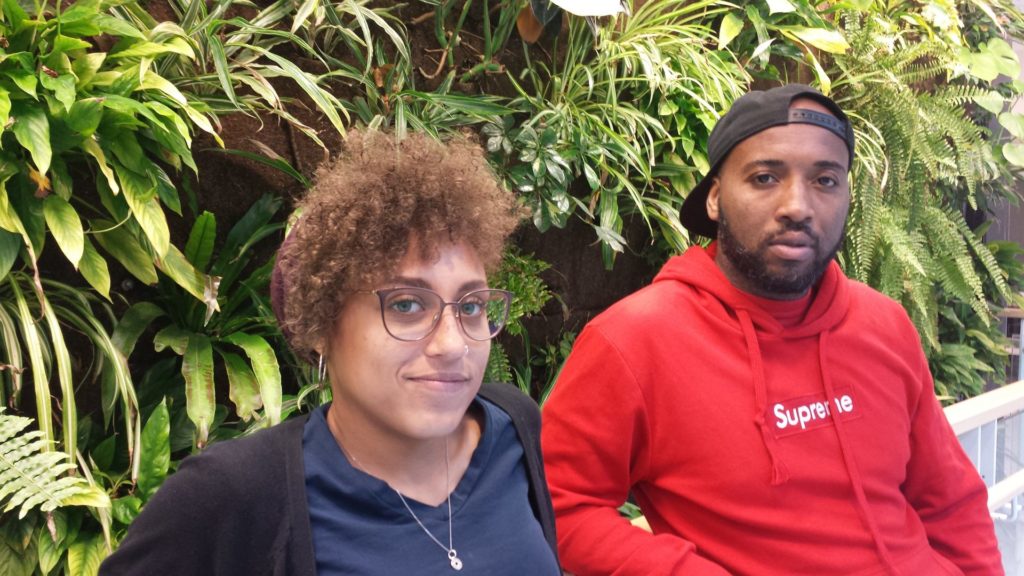 The two are holding themselves to a high standard. “It’s our job to let the Black community know these are the issues happening,” says Balogun. He explains it’s a fluid process as they aren’t just informing the community, but the community is informing them. “All we’re doing is just highlighting issues that are important to the community and the community has been telling us for years.”

“That’s actually a really important part to what makes us different,” explains Hannebohm. She suggests typical investigative journalism starts from the top with a report or government decision and works its way down to whatever demographic or people in society it affects. “Objective News Agency” begins at the bottom and works its way up. “So, you start with news you hear from people who are living it, then you form a hypothesis and you prove or disprove that hypothesis, ending with the people who are accountable, right? I feel like that’s kind of what [journalism] is meant to be.”

The first project Balogun and Hannebohm are investigating is why a disproportionate number of Black students in Nova Scotia are put into Individual Program Plans, and if this is creating a “school-to-prison pipeline” through mini online documentaries. The two are excited to take advantage of the opportunities that come with a direct-to-consumer platform by sharing their work on the internet and social media.

One of the reasons Balogun enrolled in the journalism program at King’s was because he knew if he was going to uncover these difficult stories some people might be skeptical and defensive. “Now, I have a journalism degree and I went to one of the best journalism schools on earth, so you can’t tell me that I don’t know what I am doing.”

“Walking out of the program, you realize you do have invaluable tools that no one can take away from you now,” Hannebohm contends. Just like the Black community is being neglected in mainstream media however, these alumni feel King’s can work to be more welcoming to racialized students. “Spend extra time and attention on those students of colour and empower them in doing what they want to do,” she says.

You can follow the “The Objective News Agency” on Facebook and Twitter. They have released a preview for their first documentary and are expecting to premier the full project in early 2019. You can also support the independent journalists through their Indiegogo campaign.