King’s likes to do things a little differently sometimes, and this includes the university’s approach to supervision in student residences.

While most universities have Resident Assistants (RA), at King’s there are Residence Dons instead. A little more mature and a little more experienced, King’s Dons are responsible for supervision, mentorship and enriching the College life of approximately 30 students in a designated Bay or Floor. 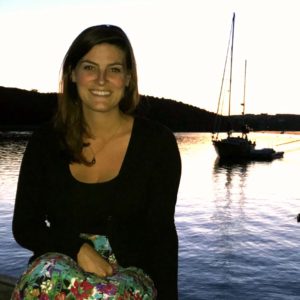 Maria Bartholomew is a music teacher and the Don of Middle Bay.

“The Dons are all really diverse,” said 2018-19 Middle Bay Don Maria Bartholomew. “I think you can learn a ton from people who are different from you [and] older than you.”

Bartholomew, who took King’s Foundation Year Program (FYP) in 2007-08, now has a day job teaching music to grades four to nine students at six different schools. In the past, she taught high school and taking the position of a Residence Don allows her to work with a similar age demographic. She believes this integrated system at King’s offers a lot to the students. “It’s really important in education to have people that are more like mentors [to whom] you can talk about different things. It’s not uncommon to have students in your space and talking about a variety of [personal] things going on with them.” 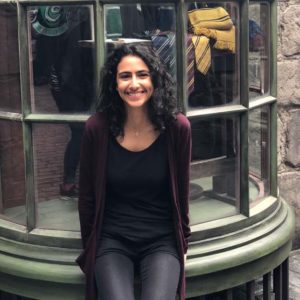 Mariam Hanna is a law student at Dalhousie and the Don of Cochran Bay.

Dons are normally graduates of an undergraduate program and, if former students of King’s, will have at least one academic year between graduation and taking up the position. The job pays with free living expenses (a furnished two-room suite with private bath), a meal plan and full access to all College amenities. Each Don is expected to make demonstrable contributions to the social and intellectual life of their residents and thereby to the College through programming initiatives, individual support, school regulation enforcement and initial crisis response. They also take part in King’s dynamic liberal-arts community with enthusiasm.

“I have an arts degree myself, so I really like the curriculum that students are learning [at King’s],” said Mariam Hanna, Don of Cochran Bay. Hanna studies law at Dalhousie but loves the atmosphere on King’s campus. She jokes she can’t get a bite to eat at Prince Hall without falling into a deep philosophical conversation with her students. “Whether it is breakfast lunch or dinner. It’s like food and then you have food for thought! Sometimes I’ll go to [Prince Hall] and…I’m there for like an hour and a half and the time just flew because I was so involved in the discussion that we’re having.”

“I think you can learn a ton from people who are different from you [and] older than you.”— Middle Bay Don Maria Bartholomew

Dons play a major role in the student experience at King’s. However, between mentorship, supervision and programming, sometimes their most important task is simply being there. “[It] means just, really, being a good listener,” said Chapel Bay Don Luke Franklin. Franklin brings a lot experience to the position. After graduating from King’s, “quite a long time ago” he earned a Master of Philosophy degree at Cambridge in the United Kingdom, returned to King’s to be a FYP tutor before going back overseas to earn a PhD. He became a Residence Don so he could continue pursuing his PhD. All that experience translates into good advice for students. “We help students navigate byzantine administrative systems, make referrals, show them how to access resources at King’s and Dal, and so on.”

Find out more information on how to apply for a residence don position at King’s. The deadline to apply is February. 25th.