During a return to King’s, Dr. Stephanie Dick reflected on the importance of uncertainty

During a return to King’s, Dr. Stephanie Dick reflected on the importance of uncertainty

Dr. Stephanie Dick, BA(Hons)’07, thought she’d be at King’s for a year. She came from Calgary for the Foundation Year Program (FYP) in 2002 with plans to finish her undergraduate degree elsewhere. It didn’t exactly go as planned.

“I became captivated by the institution. I couldn’t imagine leaving,” Dr. Dick says.

A course with Dr. Gordon McOuat introduced her to Einstein’s theory of relativity. “[It] brought in physics and philosophy and we read about it as an interdisciplinary group. It was my first look at rigorous scientific work and trying to figure out what it means and why it matters. I was really drawn to the interdisciplinary nature.”

Her love of interdisciplinary learning led her to enrol in one of King’s three honours programs, the History of Science and Technology (HOST): “Questions about how we think we know the world are most answerable through HOST.”

Now an assistant professor in the Department of History and Sociology of Science at the University of Pennsylvania, and a junior fellow with the Society of Fellows at Harvard University (where she obtained her Ph.D.), Dr. Dick was back at King’s last spring to present a lecture called Making Up Minds: Thinking With, About, and For Humans. While here, she visited with her former professor and friend Dr. Gordon McOuat, along with professors-turned-colleagues Dr. Ian Stewart and Dr. Stephen Snobelen. Dr. Dick also reflected on how her time at King’s helped shape her future.

“In a class with [Dr.] Angus Johnson we did a close reading of Plato’s Timaeus [one of Plato’s dialogues written in 360 B.C.]. I learned how to sit and struggle with a text. Angus knew it well but did the job of sitting with us, letting us sit with the ideas.”

Dr. Dick says the experience of working through Timaeus allowed her to understand that the process is often more important than the outcome, and that learning happens even when answers aren’t easily—or ever—obtained. She rejects the notion that science offers absolute answers, saying instead that making knowledge includes making mistakes. “You can’t just look at what comes out at the end. You’d miss the uncertainty,” says Dr. Dick. “Messiness is productive. Messiness makes science possible.” 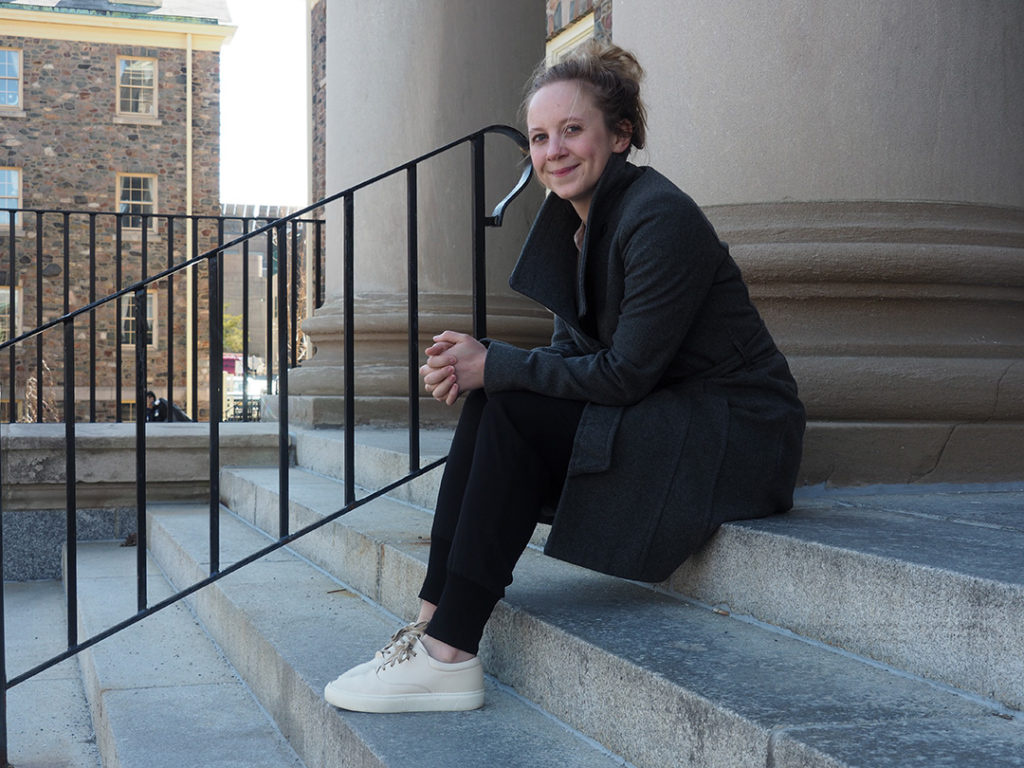 Dr. Dick’s scholarship is in the history of computing, with specialization in Cold War (post 1940s) computing, but she says her work requires looking back much further. “The history of logic from the 19th century matters to my work. I must pull from all of this.” Dr. Dick also insists that while her work looks at machines, what fascinates her is people and how they think in new ways when they’re developing software. She also studies the breadth of uses to which computers are put – to do things that people do, and to do things that humans cannot do, and what implications both approaches have for our knowledge and our lives.

“Artificial intelligence began as the pursuit of ‘Can we get computers to think like us (humans),’” says Dr. Dick. “Today, it’s ceased to be about us in that way. Computers do things otherwise.” She says accepting the differences between humans and computers allows people to use computers more productively to do things they cannot, such as analyzing big data and building deep neural networks.

Dr. Dick’s April lecture at King’s was part of the Automatons! From Ovid to AI lecture series that examined the history, issues and relationships between humans, robots, and artificial intelligence. The series featured leading scholars, performers and critics from Canada, the U.S. and Britain.

She also hosted a question-and-answer session with students while back on campus. One of the students who attended was then-FYP Science student Megan Krempa.

Dr. Dick continues to inspire young learners back at the University of Pennsylvania. She seeks to mathematical knowledge interesting and accessible, emphasizing that this kind of intelligence shouldn’t be held above all others. “We privilege that intelligence above all others—there’s incredible deference to mathematicians. We need to demystify it.”

And she’s doing just that, one equation at a time.