Noor Mohrez gasped when he read the email. He got up from his seat and went over to his teacher to share the exciting news. He couldn’t contain his excitement, and immediately told his friends and called his parents to let them know that he had won the University of King’s College Photo Essay Contest for Grade 12 Students.

In February, King’s held its first-ever photojournalism contest for grade 12 students. Participants were asked to take six to seven photos giving a sense of place, using photos to show a story about their chosen location. Students had the opportunity to learn what makes a strong photo essay and to improve their skills in a recent online workshop for high school students taught by Jeff Harper, a photojournalism instructor with the School of Journalism. Following the workshop, a month remained for those who wanted to develop and submit a photo essay to the contest, with submissions coming from across Canada.

Mohrez’s entry was the winner. His photo essay (reproduced below) showed the natural beauty of his hometown of Guysborough, Nova Scotia, a small town on the Eastern Shore of the province.

“I wanted to focus on where I grew up for this,” says Mohrez. “Where I can bring people and we can enjoy the sunsets, the watery views, stargaze, all of that stuff makes me appreciate my community so much more.”

Jeff Harper, who helped to judge the competition, was impressed by Mohrez’s work.

“With Noor’s submission, every photo looked like a painting,” says Harper. “There’s one photo of a person sitting on a dock with a light and it looked like it could be on a postcard or a poster, it’s just very beautiful.”

“As someone looking at the photos, it really puts you in the place that he was capturing. You really felt that you were there and he really nailed it in that respect.”

Mohrez has been capturing nature and locations through his photography for five years. His passion started during a summer family road trip around Nova Scotia. To pass the time during the drives, he played with his phone’s camera and would take photos of the scenery and raindrops on the windows.

“I just started realizing that being a photographer is knowing how to appreciate the beauty around you,” says Mohrez. Since then, Mohrez has honed his skills. He enjoys going out with friends and taking photos of the moments and scenery he finds along the way.

“I think one of the best comments I ever received on my photography, [was when] someone said to me that my photography reminds them of how beautiful the world can be when you forget. And that hit me really differently,” says Mohrez. “I love appreciating the world around me.”

“I believe as long as you can see how beautiful the world around you is, no matter what your camera is, you can make something special out of it.”

Along with Mohrez, two runners-up were named, Ysa Dan Mari Fajardo from Toronto and Mumin Agpak from Ottawa.

Fajardo completed her photo essay about how her younger sister is handling the pandemic. She photographed her sister doing many activities inside their Toronto apartment like drawing, reading and building a snowman on their balcony.

“I decided to use my sister to tell people what it’s like to deal with the pandemic right now,” said Fajardo. “I noticed my sister is doing great and I really appreciated what she has been doing for the past few months. So, I want to use her as an example that staying inside the house isn’t that bad.”

“That entry was really great because it put you in the ‘day in the life’ aspect of following a person around. So, it was really intimate in that respect because you can see what their daily routine was like,” says Harper. “The picture with the skyline in the background was stellar and really made the whole essay come together.”

Mumin Agpak decided to complete his photo essay on his day of ‘dopamine fasting’—a mindfulness technique that involves putting away distractions like phones and laptops, and reducing the amount of stimulus the brain receives during a fixed period of time.

Agpak felt he appreciated the world around him while doing the dopamine fast.

“Since these technological distractions get out of sight, your mind gets distracted by the physical world around you,” says Agpak. “I remember waking up and hearing the birds outside—my normal reaction would be to appreciate it for a couple of seconds then get back to staring at my phone. But I got to appreciate it even further and tried to see this creature that made these beautiful noises when I dopamine fasted.”

“What I like about this submission is it is a slightly different take on the theme,” says Harper. “Mumin sort of combined lockdown with getting off technology which we’re all thinking about these days. It also showed what he’s doing and where he’s living through the theme of dopamine fasting. He does a nice job of showing the things that you pay attention to when you’re not looking at a screen, like there was a nice shot of a bird in a tree.”

A great photo in every essay

While only three photo essays could be named as winners, Harper was impressed by the quality of all entries.

“I don’t think there was a photo essay that didn’t have a strong photo,” he says. “In the end, it was really hard to pick a decisive winner because there was a really good photo in each….

With each essay containing great photos, we created a collection of the best images spanning all entries—have a look below!

A special thanks to each of our entrants for the time and consideration you put into your projects, and for granting permission to share a photo from your entry.

“Imagine living in a place where you don’t need a pandemic to be considered isolated…. A town where your bubble is most likely 10 people already yet feels like more than enough. Where you can watch every sunset reflect onto a body of water and look into it for miles. This is how I would like you to paint the mental picture of my community in Guysborough, Nova Scotia.

“My family immigrated to Guysborough from Syria almost 20 years ago; my father now owns a small restaurant here. My parents came to Canada, specifically Nova Scotia, for freedom and to start a new life for my sister and I. Nobody ever thought my family would end up settling in a town such as this, but I can confidently say I am grateful every day for their decision to live here.

“Guysborough IS isolated, but that adds to the beauty of it. You learn to trust and grow with a community of people you’ll know for years. For every second you may spend around these people whom you call family, you can also spend time finding your own serenity, as there are many spots to be alone when you need to be.

“Some people see Guysborough as a small community, a fisherman’s community, or even the middle of nowhere. But I see it as an open playground to explore, have adventures and make memories to last forever. My community always has a story to tell or a story to create for the people here. Whether I’m spending my days exploring the scenery, out with my friends, or standing outside to stargaze at constellations from my own house…. Time spent here is time I will cherish. I am excited to share … these moments with you.” 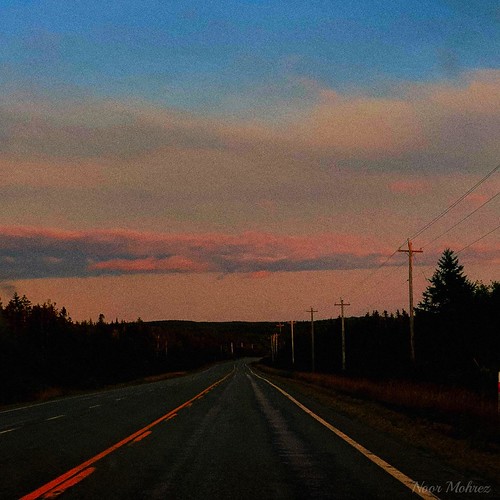 Best photos from each entry [PDF]