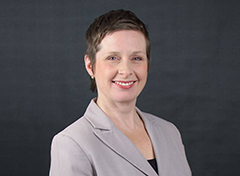 Nova Scotians went to the polls on May 30 to elect a new provincial government. One of the new faces heading to Province House is NDP Susan Leblanc (BAH ’97) representing Dartmouth North. Susan is also known for her work as a performer and as co-artistic director of Zuppa theatre. She found rich opportunities during the campaign to hear people’s stories—”some of frustration, others of desperation and still others of hope”—stories told by those she will now represent. “I am honoured to have been elected,” says Susan, “and am looking forward to getting to work to serve the people of Dartmouth North.” Read more about Susan on King’s Community.