King’s will also recognize long-time Dean of Students and now rector of St. George’s Round Church, The Rev. Nicholas Hatt, as an Honorary Fellow of the university. 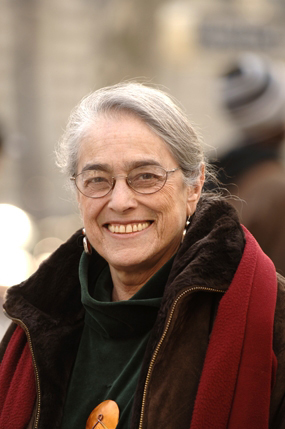 Renowned for her contribution to the history and philosophy of modern biology and, as importantly, gender and science, Dr. Evelyn Fox Keller has spent her career breaking down the barriers that separate disciplines not only within the sciences, but also between the sciences and the humanities.

The recipient of numerous academic awards and professional honours—including a MacArthur Fellowship, a Guggenheim Fellowship, the Blaise Pascal Research Chair and the Bernal Prize for Social Studies of Science—Dr. Keller was most recently been honoured with the Dan David Prize from Tel Aviv University, for “innovative and interdisciplinary research that cuts across traditional boundaries and paradigms.” Her groundbreaking work on language, gender and science has shaped contemporary thinking on the history of science, while her insights into the relation between language, gender and science helped reveal obstacles to women in science. Keller is the author of several books, including Reflections on Gender and Science (1985), The Century of the Gene (2000) and The Mirage of a Space Between Nature and Nurture (2010). She is currently Professor Emerita of History and Philosophy of Science at the Massachusetts Institute of Technology (MIT) and holds more than a dozen honorary degrees. Keller received her B.A. from Brandeis University (Physics, 1957) and her Ph.D. from Harvard University (Physics, 1963) where her early research dealt with the intersection of physics and biology.  In 2014, King’s was delighted to welcome Dr. Keller as a visiting scholar.

In recognition of her academic contribution to knowledge at the intersection of science and humanities and to her work as a feminist critic of science, Dr. Evelyn Fox Keller will receive her Doctor of Civil Law (honoris causa). 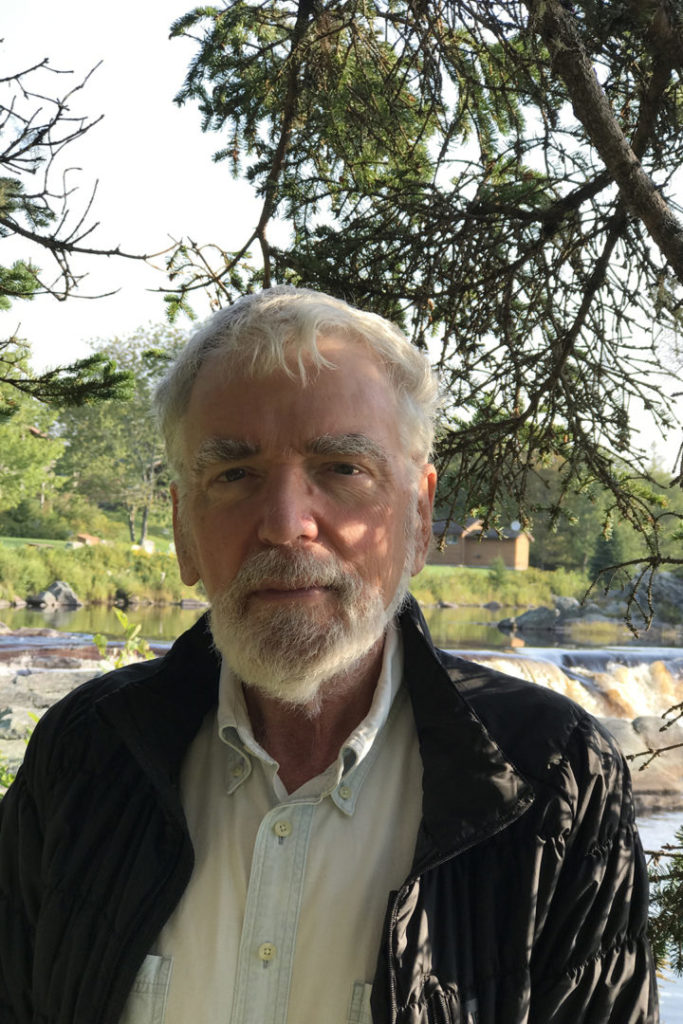 Known as an original and disruptive thinker, Dr. W. Ford Doolittle is a pioneer in revolutionizing the understanding of genes, evolution and the universal tree of life, who is widely credited with helping establish Canada’s leadership in evolutionary microbiology. Dr. Doolittle received his B.A. (Harvard), Ph. D. (Stanford) and arrived at Dalhousie University in 1971.  A self-described “academics’ academic,” preoccupied with ideas behind and following from scientific discoveries, he has more than 300 publications and 25,000 citations to his credit. He also directed the evolutionary biology program at the Canadian Institute for Advanced Research (CIAR) for 21 years. Doolittle is a firm and public champion of the humanities, attributing his continued success in science to his close connection with philosophy and the humanities.  A long-time friend of the University of King’s College, Dr. Doolittle regularly opened his laboratory to welcome groups of humanities students from King’s and elsewhere to work alongside his own students and researchers studying “science in action.” In turn, he encouraged his science students to explore the humanities. Dr. Doolittle’s immense impact and contributions have been widely recognized, most notably with the $1 million Gerhard Herzberg Canada Gold Medal for Science and Engineering in 2014 and the 2017 Killam Prize in Natural Sciences from the Canada Council for the Arts. Dr. Doolittle is a Fellow of the Royal Society of Canada and an elected member of the U.S. National Academy of Sciences, and is currently Professor Emeritus, Department of Biochemistry and Molecular Biology at Dalhousie University.

For his distinguished and trail-blazing career in evolutionary biology and his promotion of the humanities’ place in science, Dr. Ford Doolittle will receive his Doctor of Civil Law (honoris causa).

“As a university that grounds science education in the humanities and that leads in the interdisciplinary study of the history and philosophy of science, we’re delighted to honour two outstanding intellectuals who exemplify the value and impact of this same interdisciplinary thinking,” says King’s President and Vice-Chancellor, William Lahey. “From our Foundation Year Program and, specifically, our FYP Science program—unique in Canada—to our History of Science and Technology program, King’s works to bridge the deep and pervasive divide between the humanities and science, which limits the intellectual horizons of both arts and science students throughout higher education.” 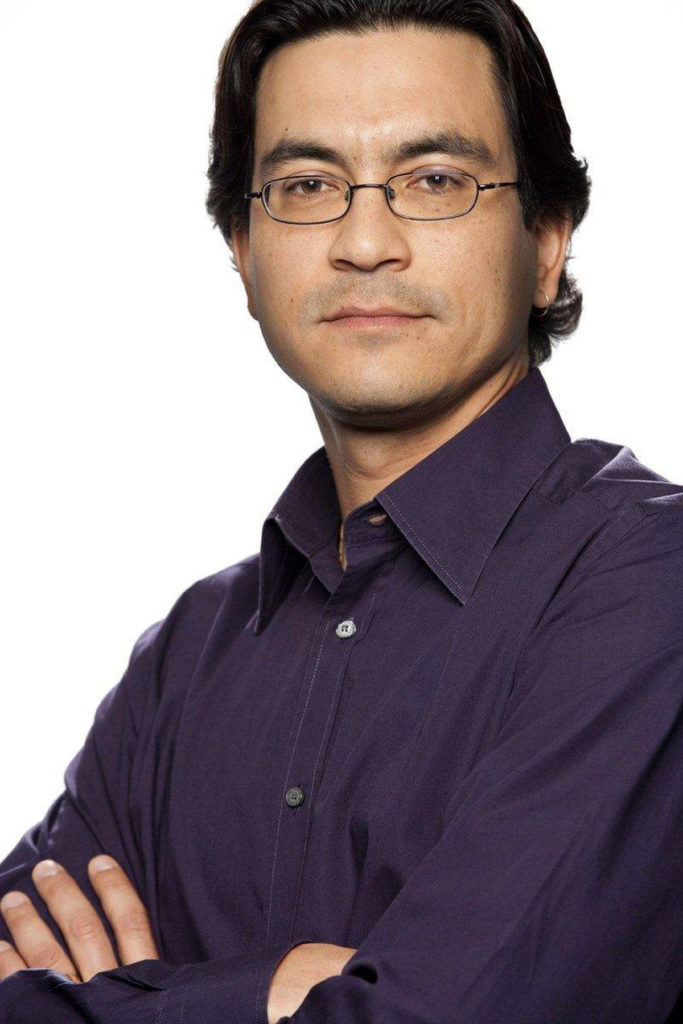 Best-known to Canadians as an award-winning investigative journalist, author and radio host, Duncan McCue graduated from the University of King’s College with his BA in English in 1992, later earning his LLB from the University of British Columbia in 1996. McCue is Anishinaabe, a member of the Chippewas of Georgina Island First Nation in southern Ontario. His work with the CBC Aboriginal Investigation into missing and murdered Indigenous women won the Hillman Award for Investigative Journalism. An advocate for rethinking and rebuilding the relationship between Indigenous Peoples and non-Indigenous Canadians, McCue has been a leader in challenging schools of journalism—King’s included—to follow the Truth and Reconciliation Commission’s calls to action by incorporating the principles of reconciliation into their curricula.  An adjunct professor at the UBC School of Journalism, McCue was awarded a Knight Fellowship at Stanford University in 2011, where he created an online guide for journalists called Reporting in Indigenous Communities, built on the theme “Helping journalists. Decolonizing Journalism.” He was also recognized by the Canadian Ethnic Media Association with an Innovation Award for developing curriculum on Indigenous Peoples’ issues. McCue is also the author of The Shoe Boy: A Trapline Memoir.

For his leadership in educating Canadians, journalists and schools of journalism on the realities of Indigenous life in Canada today and for his role in promoting understanding and reconciliation, Mr. Duncan McCue will receive his Doctor of Civil Law (honoris causa).

“Our three honorary degree recipients are ‘groundbreakers’ in their respective fields, creating new knowledge and forging new perspectives and understandings,” says Lahey. “More importantly, their dedication and excellence—as thinkers, educators, writers and leaders in and beyond their fields of expertise—enriches us all.” 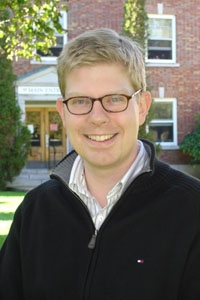 The Rev. Nicholas Hatt was first hired at the University of King’s College as a residence don in 2005. He was appointed Dean of Students in 2008, serving until February 2018 when he assumed new responsibilities as rector of St. George’s Round Church in Halifax. An alumnus of King’s in Classics and Contemporary Studies, Hatt went on to graduate studies at the Atlantic School of Theology and Dalhousie University. He was ordained to the priesthood in 2015.

“Nick Hatt was a beloved colleague and a passionate mentor and advocate for our students—so much so that he was known affectionately by our students as their ‘patron saint,’“ says Lahey. “We are delighted to mark his lasting impact on us, his continuing contribution to our community and our own relationship with St. George’s by making Nick an Honorary Fellow.”