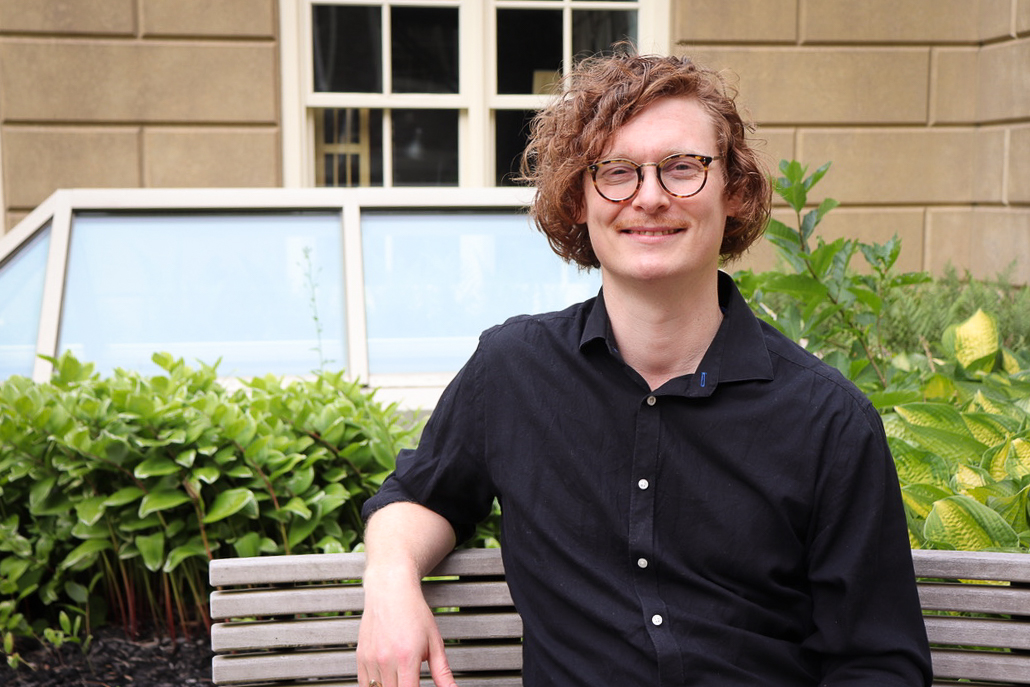 Serving as the Carnegie Professor in Humanities and Computing, Dr. Aaron Sidney Wright is Assistant Professor in the Joint Faculty of the University of King’s College, where he teaches in the History of Science and Technology Program, and Dalhousie University, where he teaches in the Faculty of Arts and Social Sciences and in the Faculty of Computer Science. Following the completion of his BA and BSc in Physics and History at McGill, Dr. Wright completed an MA and a PhD in History and Philosophy of Science and Technology at the University of Toronto. Postdoctoral appointments at Harvard and Stanford followed, after which Dr. Wright joined the Department of History at Dalhousie University as Assistant Professor in 2018.

Dr. Wright has two current research projects. In the history of theoretical physics, one research project examines the interaction between physicists’ daily practices and their ontological commitments. For example, he asks how drawing diagrams of black holes shaped what physicists think black holes are. His second research project examines the history of nuclear science and technology in Canada, with a focus on uranium mining in Dene, Cree, and Métis territory in Northern Saskatchewan. This research joins histories of science, technology, and computing with histories of Canadian colonialism.

Students in Dr. Wright’s classes engage with one another to analyze and confront the past, in dialogue with the present. Faculty of Computer Science students study the roles of women, government, and the military in Computing and Society in History. They study the global history of algorithms—from Ancient China to Ancient India to Medieval Islam to today—in Case Studies in Computing and Society. In upper-year classes, students in Technology and History in North America dive into archival research in the Dalhousie Archives. At King’s, Anti-colonial Science builds on Dr. Wright’s research to explore how science has been used for and against colonialism, from the Early Modern era to the present.