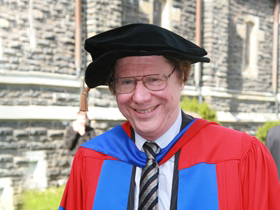 In 2009, King’s awarded Dr Roper the degree of Doctor of Canon Law (honoris causa). A former president of the Royal Nova Scotia Historical Society (2009-11), from 2003 to 2015 he regularly reviewed books on historical subjects for the Chronicle Herald.