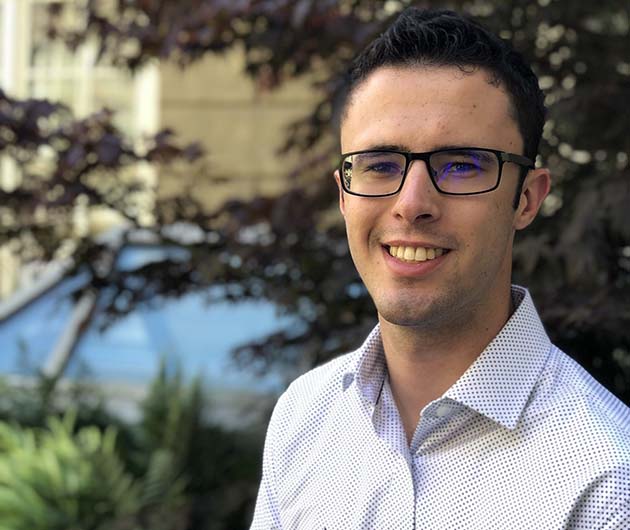 Meet with a King’s recruiter! Book an online chat to learn about King’s.

Josh started his King’s journey in 2015 as a FYP and journalism student. Four years later he graduated with a Bachelor of Journalism (Honours) degree with a minor in International Development Studies. During his time at school, Josh was the sports editor for the Dalhousie Gazette, volunteered with St. George’s YouthNet, and had a one-minute performance in a play put on by the King’s Theatrical Society. In his free time, Josh likes to play and watch sports, work out, and wrestle with his dog, who is appropriately named Dante.