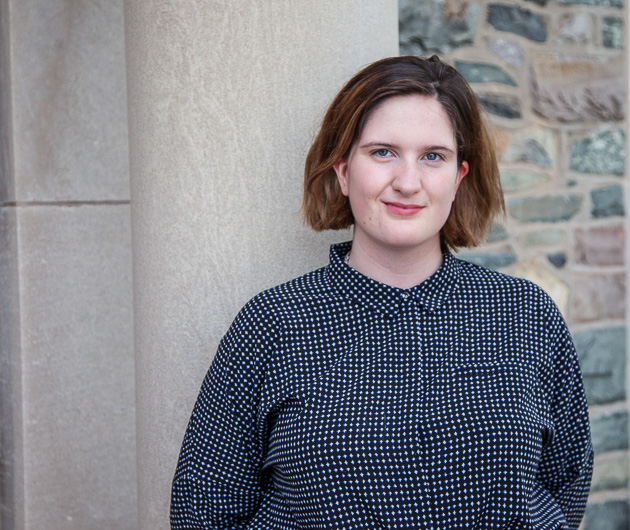 Meet with a King’s recruiter! Book an online chat to learn about King’s.

Kayleigh first left Toronto for Halifax in 2012. In 2016, she graduated from King’s with a degree in Contemporary Studies and Gender and Women’s Studies. During her studies, she became particularly interested in the social and affective dimensions of literature and art, with a focus on American postmodernism, irony and despair. After King’s, she moved to London, Ontario to study at Western University. She is currently completing her thesis at the Centre for the Study of Theory and Criticism. She spends most of her spare time reading, or with her horse, Freckles.