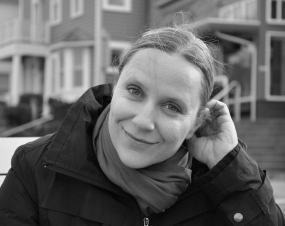 Lori A. May is the author of several books, including The Write Crowd: Literary Citizenship & the Writing Life (Bloomsbury) which was named a “best book for writers” by Poets & Writers magazine and was nominated for a Michigan Notable Book Award.

Lori writes across the genres and her work may be found in publications including The Atlantic, Brevity, Midwestern Gothic and Writer’s Digest. Her critical essays may also be found in Colorado Review, Iowa Review and The Kenyon Review. As a freelance editor, Lori has worked with Kaylie Jones Books (an Akashic Books imprint), Creative Nonfiction, Poets’ Quarterly and other presses and journals. She is a longstanding member of the Association of Writers and Writing Programs, a founding member of Creative Writing Studies Organization and has previously served on the board of Canadian Creative Writers and Writing Programs.

An avid traveller, Lori is a regular contributor to several consumer publications including Canadian Traveller, Explore Magazine and Time Out. She is an active member of American Society of Journalists and Authors, International Food Wine and Travel Writers Association, and North American Travel Journalists Association. On the road, Lori is a frequent guest speaker at writing conferences and book festivals, graduate residencies, and within community writing centers.

Lori has been a member of the MFA mentoring faculty since its inaugural residency in 2013. She is currently working on two new creative nonfiction manuscripts. Visit her website and follow her on Twitter for updates.

Place-as-character and utilization of the senses, lyric essays, hybrid genres and experimental forms, along with memoir and quest narratives.