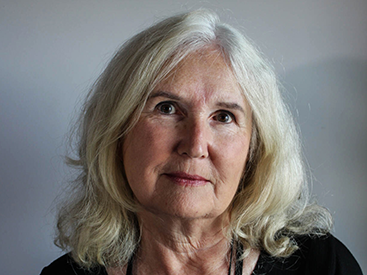 Lorri Neilsen Glenn’s most recent book is Following the River: Traces of Red River Women (Wolsak and Wynn), an award-winning work about her Ininiwak and Métis grandmothers and their contemporaries. Lorri is the author and contributing editor of fourteen titles of nonfiction and poetry, former Halifax Poet Laureate, and Professor Emerita at Mount Saint Vincent University. An award-winning teacher and researcher, Lorri has served on juries for the Canada Council, CBC literary awards and numerous provincial and national book prizes. Neilsen Glenn’s poetry has been adapted for libretti and her essays and poems appear in numerous anthologies and literary journals.  She was a recipient of Halifax’s Women of Excellence award, has had appointments as Writer in Residence across Canada and served as President of the Writers’ Federation of Nova Scotia. Lorri has mentored writers across Canada and in Ireland, New Zealand, Australia, Greece and Chile. She divides her time between Halifax and Rose Bay, N.S. Twitter: @neilsenglenn Instagram: @river2seashore