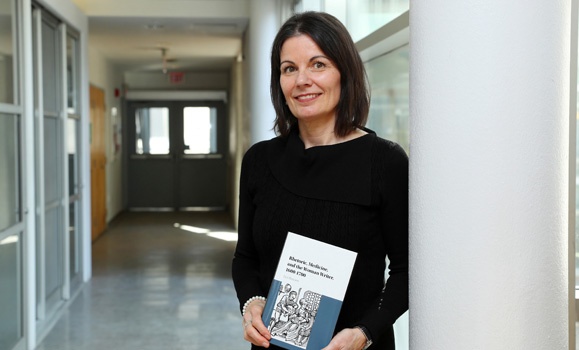 Lyn Bennett is Professor and Chair of English at Dalhousie University, where she specializes in early modern literature as well as rhetoric and writing, writing by women, and literature in the history of medicine. As well as numerous scholarly articles and book chapters, she is the author of two monographs, a co-authored book, and co-investigator on the Early Modern Maritime Recipes database launched in April 2019. With Edith Snook of the University of New Brunswick, she is currently working on a scholarly edition and a popular book on early modern maritime recipes, and her interest in food, medicine, and agriculture extends also to growing organic wine grapes and many, many vegetables in rural Nova Scotia.