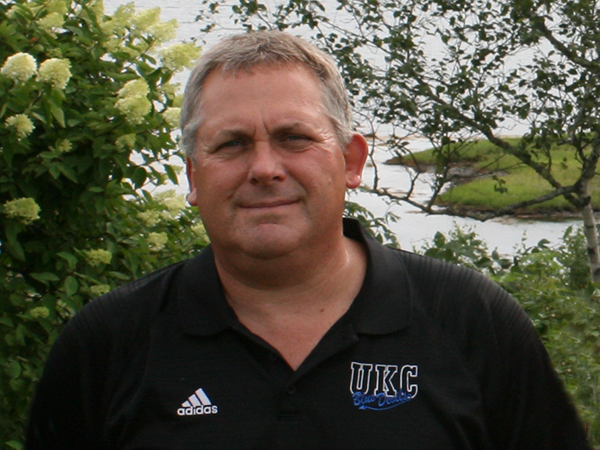 Neil Hooper has been the director of Athletics at King’s College since 1991. He was born in Sydney River, Nova Scotia, and received his BA from the University College of Cape Breton (now Cape Breton University), where he played varsity soccer and basketball. He took his master’s degree in physical education from the University of New Brunswick, specializing in sports administration.

Neil Hooper was the executive director of Basketball Nova Scotia between 1986 and 1991. He was a Canadian Colleges Athletic Association board member from 1994 to 2002 and national basketball convenor between 2001 and 2003. He is currently the president of the Atlantic Colleges Athletic Association, and has been the basketball convenor for the Atlantic colleges since 1991. He enjoys coaching at the community level and playing guitar. Neil is married to Colleen Hooper and has three children.