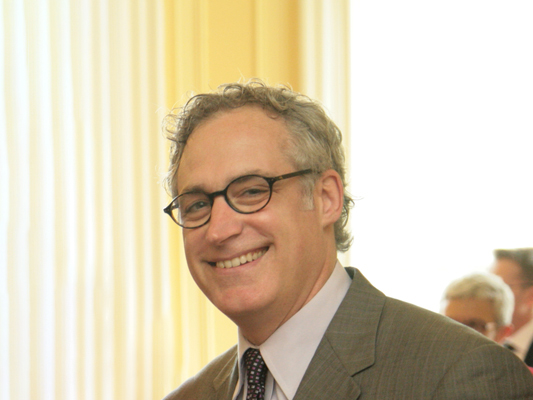 I was born and raised in Halifax, and completed my undergraduate degree at Dalhousie and King’s. After an MA thesis on Greek Tragedy at Dalhousie, I began doctoral studies at Boston University, where I continued to study Greek literature, but gradually shifted my main research focus to Latin. Before taking up my Dalhousie appointment in 2000, I taught Classics and English at a private school in Boston. In 2001, I became a member of the joint King’s-Dalhousie faculty.

My doctoral thesis explored imperial speeches in the fourth century A.D. historian Ammianus Marcellinus. My work since then has also focused on literary aspects of that author’s work, particularly his knowledge of and allusions to the Augustan epic poet Virgil. More recently, I have begun to explore the vast domain of Neo-Latin literature, especially its treatment of Canadian themes and topics, as well as the Classical Tradition at King’s and Dalhousie.

In addition to a graduate seminar on Ammianus, I teach Virgil, Ovid, Catullus, and other Latin poets in advanced language courses and seminars, as well as undergraduate courses in late Roman history and in Greek and Roman myth and literature.

At the University of King’s College, I am a frequent lecturer in the Foundation Year Programme (Homer’s Odyssey, Virgil’s Aeneid), and have served as Co-ordinator of its first section.